Loveland- what a western should be!

I’m so lucky to have Andrea Downing with me in the Round Pen today! I get to torture her. *evil grin as hands rub together* But Andrea has bravely taken the challenge so lets get on with it because she also brought us a sample of her new release, LOVELAND. 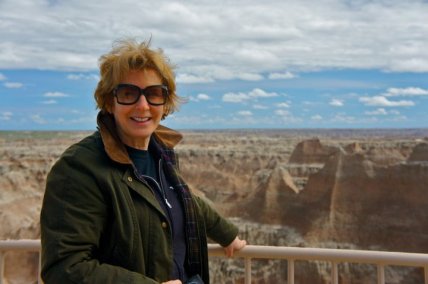 When Lady Alexandra Calthorpe returns to the Loveland, Colorado, ranch owned by her father, the Duke, she has little idea of how the experience will alter her future. Headstrong and willful, Alex tries to overcome a disastrous marriage in England and be free of the strictures of Victorian society –and become independent of men. That is, until Jesse Makepeace saunters back into her life…

Hot-tempered and hot-blooded cowpuncher Jesse Makepeace can’t seem to accept that the child he once knew is now the ravishing yet determined woman before him. Fighting rustlers proves a whole lot easier than fighting Alex when he’s got to keep more than his temper under control.

Arguments abound as Alex pursues her career as an artist and Jesse faces the prejudice of the English social order. The question is, will Loveland live up to its name?

As the round-up wound down, the Reps took their stock back to their outfits, and soon the men were back at headquarters or at the camps. Alex

knew word had more or less got out and found the punchers were gentler now around her, had a sort of quiet respect for her, and she hated it. She tried to bully them a bit to show them she was still the same girl, jolly them into joshing with her as they had before. It was slow work. At the same time, she

yearned to see Jesse, to speak with him, to try to get life back to the way it was before the argument at the corral, and before he saw the scars. The

opportunity didn’t present itself. She would see him from a distance some days, riding with the herd, sitting his horse with that peculiar grace he had,

throwing his lariat out with an ease that reminded her of people on a dock waving their hankies in farewell. Hoping to just be near him, she slid into

one of the corrals one evening to practice her roping.

The light was failing and the birds were settling with their evening calls. Somewhere in the pasture a horse nickered. She sensed Jesse was there,

watching, but she never turned as he stood at the fence. She heard him climb over and ease up behind her. He took the coiled rope from her in his left hand and slid his right hand over hers on the swing end, almost forcing her backward into his arms.

She thought of paintings and statues she had seen, imagining his naked arms now, how the muscles would form them into long oblique curves,

how he probably had soft downy fair hair on his forearms, how his muscle would slightly bulge as he bent his arm. His voice was soft in her ear, and she

could feel his breath on her neck like a whispered secret.

He made the throw and pulled in the rope to tighten the noose. Alex stood there, his hand still entwined with hers and, for a moment, she wished

they could stand like that forever. Then she took her hand away and faced him. For a second he rested his chin on the top of her head, then straightened again and went to get the noose off the post while coiling in the rope. She looked up at him in the fading light and saw nothing but kindness in his face, simplicity and gentleness that was most inviting. A smile spread across her face as he handed her the coiled rope and sauntered away, turning once to look back at her before he opened the gate. Emptiness filled her like a poisoned vapor seeking every corner of her being, and she stood with the rope in her hand listening to the ring of his spurs as his footsteps retreated.

Andrea Downing has spent most of her life in the UK where she developed a penchant for tea-drinking, a tolerance for rainy days, and a deep knowledge of the London Underground system.  In 2008 she returned to live in the city of her birth, NYC, but frequently exchanges the canyons of city streets for the wide open spaces of the West.  Her love of horses, ranches, rodeo and just about anything else western—especially cowboys (not one in particular, sadly, but still looking…) is reflected in her writing.  Loveland, a western historical romance published by The Wild Rose Press, is her first book.  She is a member of Romance Writers of America and Women Writing the West. Her WIP is contemporary women’s fiction with a Texas Hill Country meets the New York Hamptons setting.

This sounds wonderful. Thank you for being my guest today Andrea. Good luck with your new baby!