The Mystique of Old Homes by Mae Clair ~ Calisa Rhose

Wow- I have an incredible guest with me today! My sister Lyrical author, Mae Clair has come to share a bit about old houses and her new book Weathering Rock. If you like paranormal and you like romance…you are absolutely in the right place! What perfect timing, too! Since the remodel I’ve been putting things back in their proper places. With the holidays approaching too fast, I’m going to enlist my  Ranch guests….yeah, that’s right–guests…to hang the decorations and weed the garden one last time this year! But first, grab your treat of choice and a comfy seat in the round pen and let’s get started.

The Mystique of Old Homes by Mae Clair 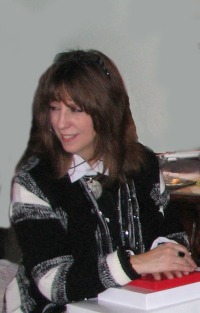 I’m delighted to be a ranch guest today, and hope you’ll indulge me while I take a few moments to share my passion for old homes. I love properties that resonate with the ghosts of yesteryear, awakening memories with every squeaking floorboard and groaning door. That might be because I’ve worked in the real estate industry for the last 20+ years, but I like to think my fascination goes deeper than that.

During my time in real estate, I’ve been through numerous properties, several B&B’s, some commercial buildings, farms 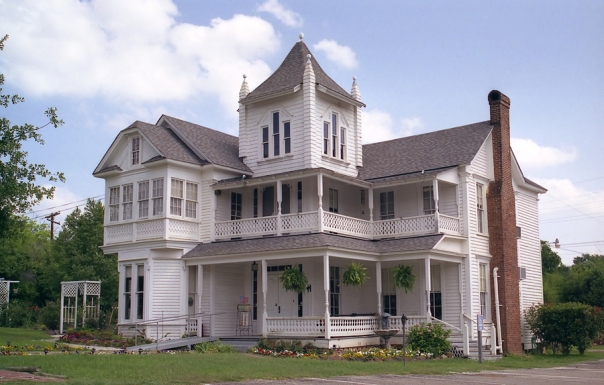 reminiscent of a Currier and Ives print, multiple historic homes, and even a fully-equipped equine surgery center.  It’s my job to dream up marketing for each of them, taking into account the characteristics of the property.  Although I have an appreciation for contemporary style and design, there’s something about a house that has weathered the turn of centuries that speaks to me.

Perhaps that’s why I chose to title my debut novel, WEATHERING ROCK, after the historic home in the book where much of the action takes place. My lead character, Caleb DeCardian, has traveled through time from 1863 to the present where he meets my heroine, Arianna Hart. Caleb fought during the Civil War as a Colonel in the Union Army. Arianna teaches American history. Sounds like a match made in heaven, right?

Oh, but the path of true love is never smooth and these two have multiple complications stacked against them, including a rival who has cursed Caleb with lycanthropy. The only item he finds familiar in this new and confusing century is Weathering Rock, the home his father built in 1832. One hundred, eighty years later, it’s still standing, now owned by Caleb’s descendant, Wyn DeCardian.

Caleb and Arianna eventually come to understand how and why Weathering Rock was named, discovering that the home may be key in keeping them together (doesn’t every old home have a bit of legend attached?).

I’ve personally had the pleasure of touring a number of historical properties over the years. It’s amazing the feelings you can conjure from homes like that. Impressions of past lives linger in the air like fingerprints.

No, I don’t mean ghosts. I’m talking about an awareness of lives and decades, almost as if the house has become a keeper for those memories.  Maybe that’s why I started to think of the house in WEATHERING ROCK as a character.

My grandfather’s house was a three-story with covered front and rear porches, an upper level balcony, huge attic and a beautiful turned staircase with a landing.  As kids, we used to crawl from the attic onto the roof and watch the fireworks launched over a river several miles away.  I have such wonderful memories of that home, many of them inspired by the house itself.

EVERY house has a heart, and for every home, it’s different. The heart of my grandfather’s home was the stairwell. The heart of Weathering Rock . . .

Well, that would be giving away the legend I created to bring Caleb and Arianna together. If you’re curious, you can find the answer in my book. 😀

For now, I’d like to know if old homes inspire you. I’d love to hear any memories you have to share! 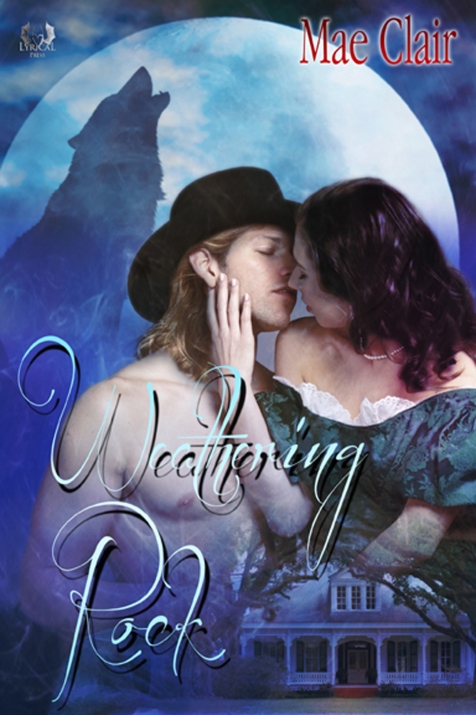 Drawn together across centuries, will their love be strong enough to defeat an ancient curse?

Colonel Caleb DeCardian was fighting America’s Civil War on the side of the Union when a freak shower of ball lightning transported him to the present, along with rival and former friend, Seth Reilly. Adapting to the 21st century is hard enough for the colonel, but he also has to find Seth, who cursed him to life as a werewolf. The last thing on Caleb’s mind is romance. Then fetching Arianna Hart nearly runs him down with her car. He can’t deny his attraction to the outspoken schoolteacher, but knows he should forget her.

Arianna finds Caleb bewildering, yet intriguing: courtly manners, smoldering sensuality and eyes that glow silver at night? When she sees Civil War photographs featuring a Union officer who looks exactly like Caleb, she begins to understand the man she is falling in love with harbors multiple secrets–some of which threaten the possibility of their happiness.

Finding a decent guy who’ll commit is hard enough. How can she expect Caleb to forsake his own century to be with her?

That strange luminescent glow glinted on the surface of his eyes, flaring

pure silver when he looked at her. “I was studying the moon.”

She wasn’t certain she wanted to venture in that direction. Moonlight and a

He gave a skeptical snort. “It’s not full, it only looks that way. It’s already started

to wane. You just can’t tell by the naked eye.” He tugged at his collar. Sweat clung to his

cheeks, prompting him to thumb open another button on his shirt.

The inky material gaped on his chest. A traitorous part of her mind wondered

what it would be like to free the remaining buttons. She could almost feel the heated

touch of his flesh beneath her fingertips as she slowly worked her way to his waist.

Disturbed, she jerked her hand from his. A hot flush crept up her neck.

“You can tell the difference?” She shot a doubtful glance at the moon. It made her

“The moon and I are well acquainted.”

He leaned into the banister, his leg casually brushing hers. She tensed at the

and stunned, she tried to retreat.

“It suits you.” Towering over her, he stepped closer, his eyes mirroring the smoky

blue of the night-dusted sky. “I think we were supposed to meet.” His voice grew low and

husky, sending a shivery chill up her spine.

She wet her lips, trying to retain her composure. It was impossible to think

straight when he stood so near, his presence engulfing her in a sizzling wall of heat.

He bent closer and threaded his hand into her hair, his fingertips lightly pressing

her scalp. A dizzying shiver of sensation cascaded through her. She barely had time to

register the feeling before his mouth closed over hers, possessive and eager, leaving her

Mae Clair knew from the time she entered grade school that she wanted to be a writer. She credits her parents with instilling in her an insatiable love of reading through weekly trips to the library when she was a child. Her father, an artist who tinkered with writing, encouraged her to create characters and make-believe worlds by spinning tales of far-off places on summer nights beneath the stars.

Inspired by folktales, legends and things-that-go-bump-in-the-night, she loves to blend the fantastical with the ordinary.

Throughout the years she has been actively involved in various writing and critique groups and is a past President of the Central Pennsylvania Writers’ Organization.  She lives in Pennsylvania and is married to her high school sweetheart (a.k.a. the Love of Her Life). In her downtime she enjoys reading, digital scrapbooking and unwinding with her husband by the pool when the fickle PA weather permits.   A self-admitted idealist, Mae is passionate about writing, old photographs, a good Maine lobster tail and cats.

You can find Mae Clair at the following haunts:

Awesome post, Mae. I’m thrilled you came and brought such a great house! I want it!! 😆