I’M SO EXCITED TO HAVE Rachel Brimble on today’s Friday Fanfare! A WRP sister, she’s now branched to Harlequin. I’m so excited for you Rachel. Let’s find out more about you and your books.

It all began when…

I was a child. I used to make up stories a LOT and the teacher would ask me to stand at the front of the class at ‘carpet time’ and tell the rest of the class a story. I was six years old and making it up as I went along. I wonder now if that teacher knew I’d be a writer one day. My teacher at the age of sixteen did – she told me and it was the biggest thrill of my school life.

Normal life ensued and I worked in a bank for nine years before leaving to have my eldest daughter. When daughter number two came along and reached school age, I had a ‘now or never’ moment. That was eight years ago…and the rest is history.

– I haven’t had my hair professional cut since my wedding day, fifteen years ago. My husband used to cut it and now my fourteen-year-old daughter does instead. It’s so curly, no one would notice any mistakes!

– I’m an avid knitter. I wouldn’t say I’m particularly talented but I love doing it and spend most evenings in front of the TV, whipping up a cardigan or throw.

– Most of my followers will know this, but it’s worth saying again because I’m using this experience in book two of the Templeton Cove series – my family and I were rescued by helicopter from a hotel roof during the 2010 French floods.

Where did you get the premise for this book?

I realized I would love to set a series of books in the seaside town where my family and I would holiday when I was child. I haven’t been there for years but the town, beach, shops and restaurants are all so clear in my mind, I was convinced I could write something with this town as the setting. Of course, I turned it into the fictional town of Templeton Cove for any artistic license, LOL!

With the setting clear in my mind, eventually I came aware of a murder occurring there and very quickly I knew the victim would be one of three childhood friends. The first book in the series, Finding Justice, is the result of that inspiration.

What stands out about this story that makes it different for you? 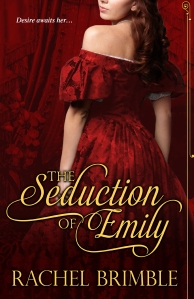 It’s my debut novel for Harlequin! That’s what is different for me, LOL! I am thrilled to have made my journey from short stories, to small press and now Harlequin and Kensington. It’s like a dream come true. Finding Justice will always be very special to me because it’s the book that gave me my break into a bigger publisher.

Tell about any challenges you came across while writing this book or the subject matter.

Finally- tell us about the finished book. Anything we might not know?

I love that this is the first book (as far as myself and my editor know), that Harlequin Superromance have contracted with British characters in a British setting. I am VERY proud of that and intend to keep the entire Templeton Cove series the same. Although saying that, as I’m typing, I’m thinking it might not be a bad idea to have an American come there on vacation at some point in the future… 😉

Sergeant Cat Forrester lives by her own set of rules. When her childhood friend is murdered, Cat’s world is thrown into chaos. Especially because Jay Garrett-a man from her past-is a suspect, and he needs her help to prove he’s innocent. After all they once shared, how can she say no?

The attraction flares between them, and getting involved with a suspect is a huge risk. But the more time Cat spends with Jay, the stronger the tug on her heart. He is the same caring, irresistible man she remembers. Yet she can’t let her emotions interfere with the case—solving it is top priority. But as she digs deeper, she discovers Jay has secrets that may jeopardize any possible future together.

Defensiveness raged in her eyes like a gathering storm. Any intimacy he thought he saw or felt between them was entirely of his own doing. God, was he that self-involved? Clearly he was, and clearly Cat didn’t see at him as anything more than a mutual friend of Sarah’s, intent on avenging her killing. What the bloody hell did he expect? He hadn’t called her to the Cove expecting anything to happen between them. It wasn’t her fault he wanted to touch her from the minute he saw her.

“Jay, are you listening to me? I said I’ve already made a few discreet enquiries.”

Her voice jerked him from his paralysis and icy-cold fingers tip-tapped up his spine. Cat was intelligent, savvy and determined. He’d undoubtedly destroyed any hope of her believing him innocent given his past. A past it looked as though she knew about all along.

“What did you find out?”

“I found out you and Sarah haven’t spent any time together for over four years.”

He met her questioning gaze but said nothing.

“Why would two friends who’d known each other their entire lives suddenly stop talking unless something major split them apart? Tell me what happened. If you hold things back from me, what am I supposed to think?”

She didn’t know about his drug problems.

Tell her. Damn well tell her. Tell her how you ruined your friendship with Sarah while out of your head on cocaine. Tell her how people now look at you in the Cove.

Heat stole through his gut, burning hot and unwelcome. “I…we…”

She closed her eyes for a moment and when she opened them, her gaze was softer, more concerned than accusatory. “I’m not here to cause you grief…God knows, I’m not even here to relive a time when I felt my whole life would be like a summer holiday forever. All three of us were so young then. I grew up, Sarah grew up. I thought you had too, but the way you’re clamming up now…”

The insult to his maturity struck at his pride like a knife through weakened flesh. He shook his head and gave a wry laugh. “Do you think I’ve had everything given to me on a plate since you left?”

Rachel lives with her husband and two young daughters in a small town near Bath in the UK.  After having several novels published by small US presses, she secured agent representation in 2011. In 2012, she sold two books to Harlequin Superromance. She also writes Victorian romance for Kensington–her debut is released in April 2013.

Rachel is a member of the Romantic Novelists Association and Romance Writers of America. When she isn’t writing, you’ll find Rachel with her head in a book or walking the beautiful English countryside with her family and beloved black Lab, Max. Her dream place to live is Bourton-on-the-Water in South West England…although she hopes a dream visit to Canada might just change her mind!

She likes nothing more than connecting and chatting with her readers and fellow romance writers. Rachel would love to hear from you!

Thank you for this wonderful look and sharing your first Harlequin book with us!