UnCover Mondays on The Ranch!!! This feature is only to highlight authors–not to sell books (though if you see one you want to buy I’m sure the authors won’t mind  ). Enjoy this weeks’ covers to ogle and explore. If there is one provided, you can follow the artist links by clicking each book cover that has an artist linked to learn more about the amazing creators of these beautiful covers. I think they deserve fair mention since they helped create the book! As always, click the author website links to find out more about them. Be sure to return on alternate Mondays for some amazing banners and video trailers by authors!

The hunky young PhD knows all about seduction, but what does he know about love?

Reagan Cassidy is settled in her life. She has a thriving interior design firm, an upscale condo, two cats, and a goldfish. As a favor to her uncle, she agrees to team up with his marine archaeologist friend to validate and retrieve a nineteenth-century journal, reputedly that of a passenger aboard the doomed schooner Twelfth Sun. Finding a hunky twenty-five-year-old coming out of the shower in her hotel room wasn’t part of the deal, but it’s hard to complain…

Dr. Elijah Cross is cocky and he knows it. He enjoys trading barbs with the lovely Reagan. Barbs, and some innuendo. He can tell she’d rather get back home to her business than stick around for the extended treasure hunt they’ve been talked into, but he’s fine with the situation. At least, until the “clues” start getting personal.

Reagan finds Dr. Gorgeous is as skilled in matters of the heart as he is behind the lectern. Throw in a series of clues which mean more to Elijah than he’ll explain, several odd-ball competitors out to win the journal, a saboteur, and a lavish seaside mansion, and Reagan has enough trouble keeping her head straight, let alone her heart. 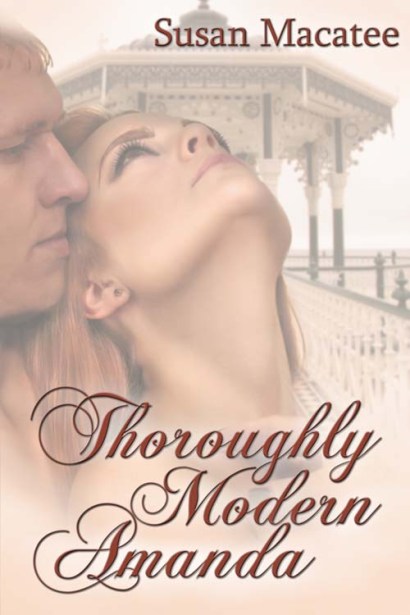 Believing anything is possible, magazine reporter Amanda Montgomery dreams about being a modern woman in a nineteenth century world, much like her exceptional step-mother. But society expects well-off young ladies to focus on finding a suitable husband and raising a family. And then Jack appears–with no past and unconventional ideas. Does he hold the key to another century as well as her heart, or is she destined to stay in her own time?

Construction worker Jack Lawton wants to preserve an old home that’s scheduled for demolition. But when he sneaks inside for a final look, a loose beam falls on the head, and upon waking, he finds himself in the arms of a beautiful woman. His only problem–he’s no longer in the twenty-first century. Can he find his way back home?

Does he really want to? 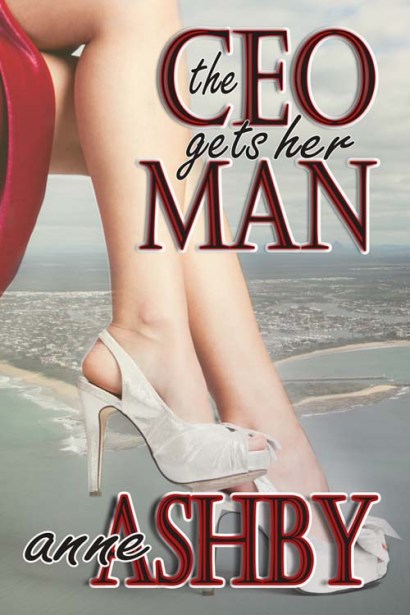 TITLE: The CEO Gets Her Man

Ensuring her company’s success is Debra Laurie’s life. But when she goes undercover to investigate a failing hotel in southern New Zealand, she finds her confidence crumbling. Masquerading as a waitress is a disaster—especially when the hotel’s assistant manager is a former rugby star she once had a crush on.

Jase McEwan is struggling to keep the hotel afloat. An unpredictable manager, ridiculous demands from the head office, and employee unrest are problems enough. Now a haughty new waitress is causing mayhem in the restaurant—and in his heart.

Determined to be impartial, Debra sets out to discover if Jase is responsible for the hotel’s drastic situation. But the more she investigates, the more she likes his work—and the more their attraction sizzles. Before long, Jase has turned Debra’s world upside-down. But what happens when he learns the new waitress is really his CEO?

TITLE: Magic of the Loch

Michaela Grant travels to Scotland for a holiday, knowing this vacation is her last. A medical condition threatens her life and any chance of a future–until she meets Alan MacLachlin, a man forced to exist between two worlds.

Alan is the legendary Loch Ness Monster. Once every fifty years he returns to human form in search of his soul mate, the one woman who can break his curse. He believes he has found forever with Michaela, but to claim it he must figure out how to save her life.

Michaela and Alan vow to take what time has to offer, but another threat looms. A sinister shape shifter with a vendetta against Alan is making Loch Ness his personal hunting ground. Now he’s threatening Michaela. Alan must discover who the shifter is and stop him before it’s too late.

Of all the species of the twelve realms, Rhuul is unique. The product of two races who despise each other, he is reviled by his family and unwelcome in his homeland.

Exiled, he finds himself in a new realm with beings he’s never seen before. They’re not important; only his destiny is. Driven to prove his worth, he seeks to rule a realm of his own. Nothing will stand in his way, and no one will change his focus. Or so he thinks.

When a mysterious woman calls out for help through his dreams, he searches her out. When they meet, she’s unlike anyone he’s ever encountered. Can they set aside their beliefs to work together? Can love bloom when their ideals are exact opposites?

Eve Darling won’t allow a repeat of the past. Eight years ago, her boyfriend convinced her to place their baby for adoption with his older brother. Once the adoption was finalized, the ‘love of her life’ abandoned her. When the brother announces his intent to run for governor…and adopt a new child…Eve decides to reveal the man behind the public facade. When no one believes the story, Eve turns to skip-tracer Alexander Stratford to unearth the truth, and stop another woman from being used by the Fallows.

Alex is stunned when Eve Darling shows up and requests help. The woman who once accused him of murder now accuses another man. Alex refuses to be used to damage another person. When Eve is attacked, Alex rushes to her aid– and a quick decision alters lives forever. Can anyone ever truly love him…when he can’t like the man he’s become?

TITLE: Blood Moon on the Rise

Tamara wants nothing more than to protect the world from deadly paranormal creatures. Well, maybe she wants a little more than that. But the man she craves—Nicholas Rubin—is strictly off limits.

For years, Nicholas has been her loyal partner, helping to defeat murderous werewolves and take down unruly vampires.  Nicholas has always given Tamara his protection, friendship, and support. The only thing he hasn’t given her is his love. A relationship between Tamara and Nicholas is forbidden by ancient law, and the consequences could be deadly.

But when a powerful Sorceress threatens both their lives, Tamara has a choice to make: Give into her feelings for Nicholas, and risk her life. Or take a chance on Nicholas, and receive his love—at a price. 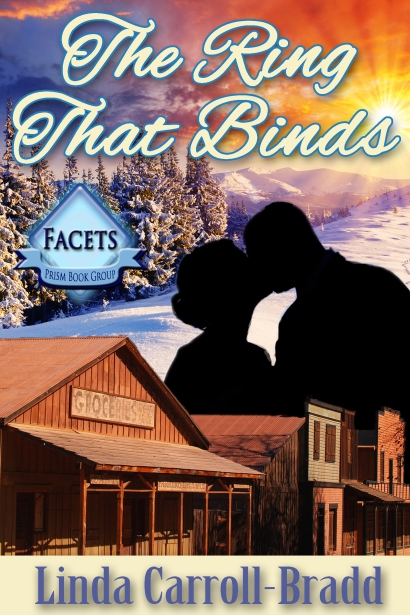 TITLE: The Ring That Binds

Widow Celina Innes, a dress shop owner in the small 1886 mining town of Aspen, Colorado, struggles to run her shop and live down her late husband’s bad choices for the sake of her four-year old daughter, Keena. She made the mistake of following after one man’s dream of striking it rich and has sworn not to do it again.

Co-owner of Toussaint’s General Store, Mikel, watches this proud woman run a successful business but wishes he could make her life a little easier. He has to be contented by slipping treats to the child in hopes of pleasing her mama. When illness strikes the child, Celina turns to Mikel for help and they work together all night to get past the crisis, deepening their friendship. But when the crisis is over, Mikel disappears from Aspen and Celina learns he is seeking to increase his stores.

How could she have been so wrong about the man? Can a woman sworn to put down roots and a man looking for more riches find happiness?

When Jenna Jenson is attacked by a man whose supernatural abilities supersede her super hearing, strength and abnormal reflexes, she is rescued by the demon king, Lucas Thaler and powers she never knew she possessed are revealed. She discovers she is part of a new breed of immortals prophesied to evolve that could either save or destroy human life.

After a war in his demon plane and home that killed his entire family, Lucas has dedicated his life to combating Malum Inmortalis, whose goal is to rule immortals and mankind. The evil he has battled for centuries and his purpose is deferred when he hears Jenna’s voice, the woman he has been waiting for centuries, the woman he’s been dreaming of for centuries, his fated mate. 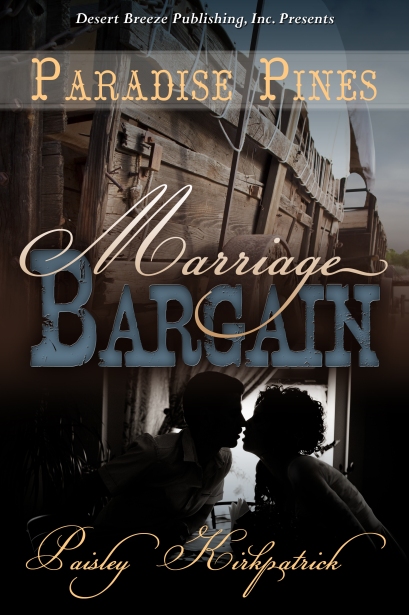 The dusty trail of a wagon train leads west, but Darrah Benjamin finds it a pathway to love and forgiveness when an arranged marriage becomes much more than a convenience. Wagon scout Chase challenges her determination with his promise — she’ll give him her heart and invite him to her bed before they arrive at their destination. Darrah will shape her own destiny and claim a woman’s spirit along the way.

Charles Danforth, a scout known as Chase, leads a wagon train of emigrants west through plains plundered by murderers. As an undercover agent of President Polk, he has sworn to stop the massacres. Darrah’s inadvertent comment gives him the clue he needs to achieve his assignment. His Sioux blood brother helps Chase end the killings, but almost ruins Chase’s chance of winning Darrah’s heart with his mischief.

To see YOUR cover here visit my UnCover Monday page for detailed instructions: