Paisley Kirkpatrick is taking the round pen today! 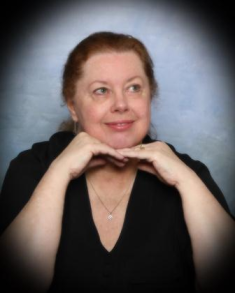 Forever After is the story of the youngest Benjamin sister. An interesting occurrence happened to me while I was writing Marinda’s story. I discovered that I might have my great, great grandmother living in my head and feeding my muse with interesting stories. I had that ‘WOW’ feeling when I read one of her stories and saw where she and I both wrote the same two sentences verbatim, and under the same circumstances in our stories. Her pen name was Mary Kirke and she is supposedly the first woman to have stories published in a magazine. In fact, when I read through her story I discovered it was an accounting of her life.

I’ve often wondered how to answer the question of how I come up with my story ideas. Maybe Mary Kirke is sharing events that happened in her life so I can share them with readers. I don’t know if I am ready to accept an ancestor lives within me, but as long as I can keep writing stories that I love to write I will consider my grandmother as a gift.

I’ll be giving an ebook copy of Forever After to one commenter today. Please leave your email address so I can send it to your Kindle. Unfortunately, Barnes & Noble hasn’t listed my new book yet.

Discovering that riding off into the sunset was a lot easier on a computer screen than in real life, not to mention those saddle burns, Paisley Kirkpatrick began her career as an author. Hiding in the Sierra Mountain Range of California with her husband of 44 years, Paisley spends her time roping in the cowpoke of her dreams, or can be found wandering the streets of California’s gold rush towns to find inspiration for her books. She might not have found gold in them there hills, but she did find a love for the old west and the prickling of the stories that make up her Paradise Pines Series.

Drawing on family history and a healthy imagination, Paisley kicks off her wild ride on a dusty trail with Night Angel. Don’t worry your little heads, though. It’s the first of many adventures in a time when men were men, and women knew how to put them in their place. If you love your cowboys rugged with a sensitive side, and your heroines with enough fire to light up the western sky, you’ve got a home waiting in Paradise Pines. Just be sure to bring a six-shooter because the Lady Paisley aims for the heart, and when she fires, she never misses.

Abandoned by her sisters, her father in jail, Marinda Benjamin takes on the care of her ailing mother the best way possible — working for an unscrupulous man with the power to crush her.  Forced to spy on a decent man, Marinda’s honesty saves her virtue and revenge restores her self-respect.

When Ethan Braddock discovers his brother’s poker pot cleaning his private office, he jumps to the right conclusion — she’s there to spy for his nemesis. Ethan can’t help but find her irresistible. In spite of what his heart tells him, his brain reserves judgment on her character. Until he unravels the mystery of her connection to Danforth, trust is the one thing he can’t allow himself. For that, she’ll have to prove herself.

Marinda Benjamin won’t marry until she finds the forever after kind of love. Has the man she’s dreamed of loving been beside her all alonag?

“I’ll bet this little lady against whatever you’ve got in your hand.”

A sudden hush stifled all the noise in the Hidey Hole Saloon. Master against novice. Who would win? Then quiet snickers began to echo off the wood walls. The regulars of the saloon moved in for a closer look.

Marinda Benjamin stared around at all the patrons who just witnessed her humiliation by Danforth’s claim. She latched onto the back of her employer’s chair to steady her crumbling nerves. Jonas Danforth had bet her, body and soul, in a card game.

Fancy women dressed in garish attire crowded around the poker table. Some stared at her with pity while a few sneered in obvious enjoyment of seeing another Benjamin sister fall from grace.

She wracked her brain for a way of preventing the ridiculous bet, but she knew Danforth held all the cards. Yet she had to stop this travesty. “Enough!” She stepped up beside his chair. “You can’t do–“

The menace in Danforth’s glare as he looked at her stopped her from saying more.

A malicious sneer marred his face. “As long as I hold the loan on your house, you’ll do as I say. Is that clear?”

She wanted to run, but her feet refused to move. She wanted to speak her piece, as she always did, but now was not the time. So instead, she held her head high. She refused to allow Jonas Danforth to see her frustration. He had broken her father’s spirit. He would not break hers.

The town’s mischief-maker sat across from Danforth. Patrick Braddock glanced her way. “She looks like she might be worth five twenty-dollar gold eagles and I could use a servant. I call your bet. Let’s see what ya got.”

The knot in her stomach tightened.