Hey-Ho cover oglers! To satisfy your stare reflex urges–here’s August’s awesome cover art and the super authors, publishers and artists who made them possible for you to gaze upon this month. It would be great if you leave a comment letting everyone know what you like (or don’t like) about them and maybe even check out a few author links to meet those behind the books. Or just say hi. Don’t forget to tell your friends to stop by so they can appreciate some greatness too!

UnCover Mondays on The Ranch!!! This feature is only to highlight the authors (though if you see one you want to buy I’m sure the authors won’t mind 😆 ). Enjoy this months’ covers to ogle and explore. If there is one provided, you can follow the artist links by clicking on the name, or if there’s an artist link provided, to learn more about the amazing creators of these beautiful covers. I think they deserve fair mention since they helped create the book! As always, click the covers for author websites to find out more. I wish everyone a fabulous new year in 2014!

Title: A Guy and A Girl

After an ugly past forced Hunter Connolly to escape to Europe, the talented hockey player is back in North America and determined to land a position with a professional team. But he can’t hide from his past forever, especially when his beautiful classmate, Chelsea, forces him to reexamine his life. Soon, hockey is not his first priority anymore.

Chelsea Henderson is a bright co-ed working towards her dream of being a professional dancer. She forms a unique friendship with one of her father’s newest recruits and would love nothing more than to take it to the next level. However, there’s just one small problem. He doesn’t know she’s his coach’s daughter.

Amid the deceptions, danger lurks closer than they could ever imagine. Will fate contrive to rip the young lovers apart? Or will Hunter and Chelsea have their shot at love?

After discovering her horses missing, DeEtte hunts the man who stole them, only to discover things aren’t as they seem. Her adventures lead to Bozeman where she joins up with a cattle drive north – a lawless place run by a cattle baron society. John, the man who stole her horses and broke her heart, trails after her. Many difficulties arise that prevent him from wooing the headstrong woman — from two timing outlaws, to deadly secrets, and finally to DeEttes ability to find trouble in any situation. John needs to settle his score with a man from Texas, protect DeEtte from not only outlaws but also determined suitors, and convince her trust him enough to marry. Can he clear his name and keep her from running head first into a range war and possible death?

He’s her judge, jury and executioner. She’s his only chance to truly live.

Savannah Michaels is in desperate need of cash…for all the right reasons. Determined to leave behind her hospital debt and the nightmares of her past, she answers a classified ad to be a paid travel companion in Italy. Of course, she hardly expects her employer to be a tall, handsome and moody vampire.

Luke Evans has a very good reason to seek revenge against the world’s greedy souls. After all, greed cost him his wife and mortal life two centuries ago. His latest ploy, classified ads, is working out well. Until he meets Savannah Michaels. She is not what she seems and even worse, hasn’t the slightest idea just how different she is.

Suddenly, Luke realizes playing judge and jury over his victims comes at too high a cost, especially when his latest victim may be the love of his life…and the death of his race.

CONTENT WARNING: Vampires with sexy accents; may lead to seduction. 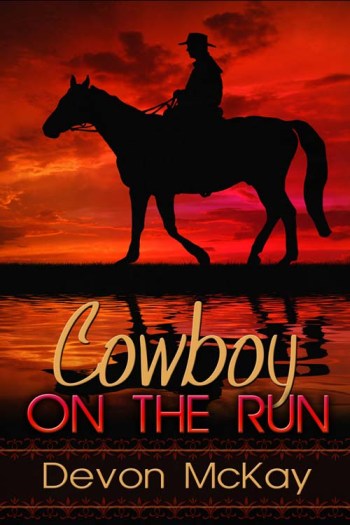 Title: Cowboy On The Run

Running from a torrential past, Nate Walker had never planned on returning to a town where the only good thing had been a brunette-haired beauty with more compassion than he deserved. Finding himself on a ranch for boys facing the same issues not only taught him how to be a man, it taught him that there was more to life than running away. However, returning for what he left behind was going to be anything other than easy.

The minute Nate walked into the Lucky Horseshoe Jessie Calhoun froze. The man always did know how to make an entrance. Unfortunately, he’d also had the same impact when he left her mending a broken heart in a cloud of dust and taillights. And she still wasn’t over him. But this time would be different. No longer a gullible, naïve girl, she’d be a fool to fall under his spell again. Especially now that she had more at stake –two very important reasons.

With a little help from a goddess, battling evil is a piece of cake for Jocelyn Gibson.

A descendant of the goddess Iris, Jocelyn Gibson may have forgotten about the realm of magic, but it hasn’t forgotten her. When Eric Hendricks is targeted by a demon, Joss must step in to battle the evil and save the town’s awkward, but endearing, vet…who also happens to be the man she loves.

Joss’s new inn, a culinary career specializing in cooking with lavender and a new love all make for a fine recipe of disaster. She needs to embrace her inner goddess and harness the powers she never knew she had before it’s too late.

Fate brought them together. Will Destiny keep them apart?

Destiny Quinn lives for her job. She loves being an IT Recruiter, traveling nationwide. But all work and no play has left her feeling restless. It’s been a year since she’s gone out on a date — or slept with a man. Suddenly, Destiny can’t think about anything else. She’s not looking for a relationship, just a good time and a sexy diversion. One steamy night of mind-blowing pleasure, then maybe she can get back to business.

Christian LaCosta wants to prove to his family — and himself — that he is relationship material. Lately, it seems like everyone around him is in love. Maybe it’s time to give up the fast life and fast women, quit being the odd man out. Christian decides to take the plunge and join an online dating service. When he’s unwittingly hooked up with a luscious neighbor named Destiny, the coincidence is too much. Christian doesn’t believe in fate, but one look at Destiny, and he’s seeing a whole new future. Now he must convince this career-driven beauty that work isn’t everything. Take a chance on them, and she can have it all.

Lady Laura Jamison has a gift and she’s not afraid to use it. She’s after a husband, but not just any husband. She wants a man who meets her logical and scientific criteria. Her extraordinary olfactory senses lead her to Richard, the Earl of Winchester. He might not know it-yet-but he’s her perfect match.

Richard has no time for family friend, Laura, the mad scientist. He’s been pursued by many a female, but never on the premise that one sniff can decide your soul mate. Besides, he wants to marry a sweet and docile  woman, a socially acceptable young lady, the exact opposite of Laura.

But when he’s tasked with stopping fraudulent trading in Britain’s railways shares, he finds he needs Laura’s help. As they work to expose the culprit, Richard begins to think Laura may be on to something, because when he’s with her, passion and desire explode with one look, one touch, one kiss…

Sometimes trust is the toughest lesson to learn.

Sophie Shaw is days away from signing a contract that will fulfill her dream of owning a vineyard. For her, it’s a chance to restart her life and put past tragedies to rest. But Duncan Jamieson’s counter offer blows hers out to sea.

Duncan still finds Sophie as appealing as he had during boyhood vacations to the lake. Older and wiser now, he has his own reasons for wanting the land. His offer, however, hinges on a zoning change approval.

Bribery rumors threaten the deal and make Sophie wary of Duncan, yet she cannot deny his appeal. When her journalistic research uncovers a Jamieson family secret, trust becomes the hardest lesson for them both. 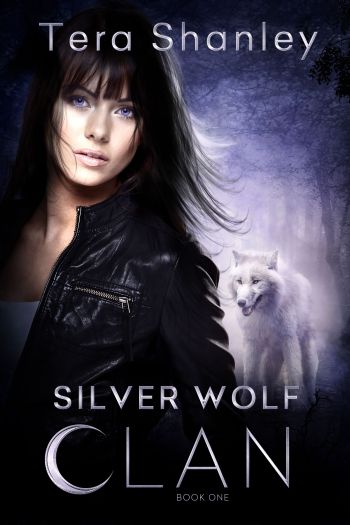 Loving him will be legendary…if she can survive it.

What happens when monsters turn out to be real? One summer night while camping in the woods, Morgan Carter finds out in a big way. A tall mysterious stranger, Greyson Crawford, risks his life to try and save her sister from the vicious wolf attacking their camp. When he’s bitten and disappears into the night, Morgan can only assume the worst.

Greyson shows up a year later, and he’s a different animal altogether. His eye color shifts constantly and the rumble in his throat sounds more animal than human. She hasn’t any idea where he’s been all this time, but a good guess as to what he’s become.

Grey is determined not to let the darkness of his new existence affect Morgan and the little girl in her care. He hasn’t been able to stop thinking about Morgan but knows he should stay away and let her live a normal life. That’s easier said than done, though. A new danger pulls him from the shadows to keep her safe, and he’s no wolf in sheep’s clothing.

Can she accept what lurks just below his surface? More importantly, can she survive him?

Title: Take Me If You Dare

One decadent dare, one steamy night…

It’s been a year since Jasmine Stewart dumped her cheating ex, so when her best friend dares her to have a one-night stand during a business trip to Miami, Jasmine is all in. But just as she hits her cheesy-come-ons limit, a wickedly hot former soldier comes to her rescue.

Security specialist Ethan Worth’s instincts tell him the gorgeous woman at the bar is trouble. After a sexy dance and even sexier kiss, he knows she is. But when their scintillating night leads to more, the possibility of another long distance relationship sends Jasmine running for the door.

Until the unthinkable happens. Jasmine’s company assigns her to Bode-Wynn, the military security firm where Ethan works. Forced back together, the undeniable heat between them flares to life. But sex is all it can ever be, because taking it further goes against everything Jasmine wants…and everything Ethan fears.

† Special Note: Some covers might suggest more heat than the actual content of that book. Because of this I am adding heat levels to this feature so there isn’t any mixup. The covers on this feature are NOT those of any erotic/a books. Those in question will have this symbol (†) next to the heat rating.