To satisfy your stare reflex urges–here’s the first UnCover Monday post for 2015! Enjoy awesome cover art and the super authors, publishers and artists who made them possible for you to gaze upon this month. It would be great if you leave a comment letting everyone know what you think about them and maybe even check out a few author links to meet those behind the books. Or just say hi. Don’t forget to tell your friends to stop by so they can appreciate some greatness too!

UnCover Mondays on The Ranch!!! This feature is only to highlight the authors (though if you see one you want to buy I’m sure the authors won’t mind 😆 ). Enjoy this months’ covers to ogle and explore. If there is one provided, you can follow the artist links by clicking on the name, or if there’s an artist link provided, to learn more about the amazing creators of these beautiful covers. I think they deserve fair mention since they helped create the book! As always, click the covers for author websites to find out more. I wish everyone a fabulous new year in 2014!

I’ve added a heat level rating for covers, one through five scale, for your benefit. If there’s anything else you’d like to know about covers being revealed here, please don’t hesitate to let me know. You can leave it either in a comment or by my contact page https://calisarhose.com/say-hey/ with what you’d like to know. 🙂 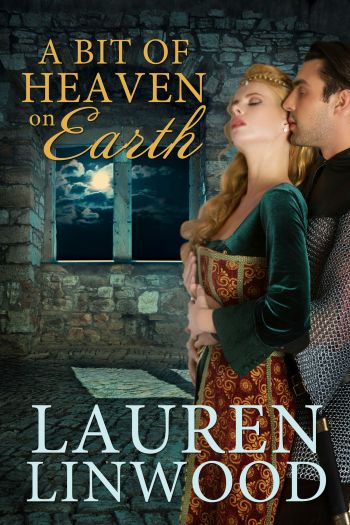 Title: A Bit of Heaven on Earth

When Gavin of Ashgrove and his closest friend are captured in a fierce battle during the Hundred Years’ War, their captors demand a hefty ransom from their fathers for their return. Robert is quickly set free, but Gavin’s father refuses to pay for his son’s release, leaving him to rot in a squalid French prison. Aided by a sympathetic priest, he escapes and returns home to England, only to find he has been proclaimed a bastard and disinherited.

With nowhere to turn Gavin journeys to Kentwood, where he fostered as a boy, hoping Lord Aldred will take him on as a knight in his guard. The old warrior is close to death, but he soon realizes Gavin is his son. Aldred plots to have Gavin inherit Kentwood and marry his much younger wife, Elizabeth, a famed and opinionated beauty who remains a virgin after a decade of marriage.

Will the king recognize Lord Aldred’s first request of a marriage between Elizabeth and Robert, uniting Robert’s estate with Kentwood—or will the temperamental Edward reward Aldred’s years of service and honor a dying man’s final request? 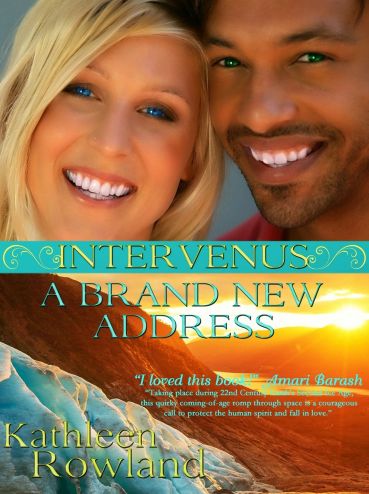 Yardley is reserved, Marchand has communication issues, and despite their initial mutual crush, it looks like they are never going to work things out.

Taking place during 22nd Century Earth’s second ice age, A BRAND NEW ADDRESS follows childhood friends, Yardley Van Dyke and Marchand LaFond, who trick and tease each other. Robin-hooding thief Marchand sails his ice-boat across the frozen tundra to deliver fuel and food to the needy. Subsistence gardener Yardley gives away home-cooked meals. Just when their attraction sizzles, he enters a space race to Venus.

Yardley promised her dying mother she’d care for the family by growing food in their greenhouse. Clashing with Dad’s fiancé puts her on the outs at home. After winning a prize for an intergalactic garden project, she wants to prove her prototype works on Venus.

Groomed for the mission and calling the shots, Marchand can’t let emotions to get in the way. Maneuvering through sun spikes and space junk is dangerous enough. Evil competitor Vito Savage plans to annihilate competing shuttles. Will Savage’s darkest sins come to light? If Yardley goes, will she tolerate Marchand’s brazen exterior? Will Venus be their brand new address where life will find them?

Renowned ladies man Mike Savoy hadn’t counted on seeing Marketing Executive Delaney Richards again at his best friend’s wedding, let alone find himself falling in love with her. Convincing her the feeling is mutual–and unfailing is one thing. But when blackmail turns to ransom, Mike is the only one who can save her. To survive, Delaney must trust the heart that once betrayed her.

Whatever it takes, Detective Darin Callahan vows to find his partner’s killer.

Whatever it takes, Internal Investigative Officer Gina Carlson vows to find the mole in Darin’s unit. Neither expect to fall in love. Will they live long enough to express their feelings? Or die in an undercover sting that goes wrong? 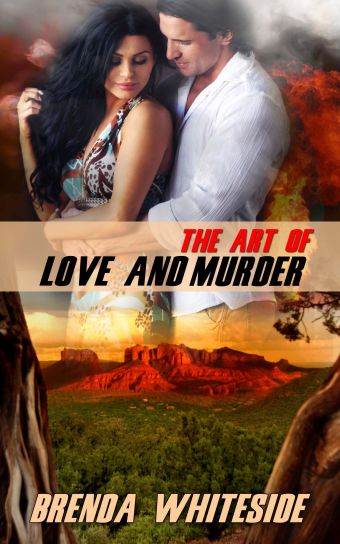 Title: The Art of Love and Murder,

Lacy Dahl never questioned her past until the deaths of her adoptive parents and her husband. A husband who wasn’t what he seemed. Her research uncovers secrets about the mother she never knew; secrets that dispute the identity of her father and threaten her life.

Sheriff Chance Meadowlark is still haunted by the murder of his wife and the revenge he unleashed in the name of justice. When he meets Lacy he is determined not to become involved, but their pasts may make that impossible. As they move closer to the truth, saving Lacy may be his only salvation.

Lacy begins to think the present is more important than her past…until Chance’s connection to her mother and a murder spin her deeper into danger and further from love. Will the truth destroy Lacy and Chance or will it be the answer that frees them? 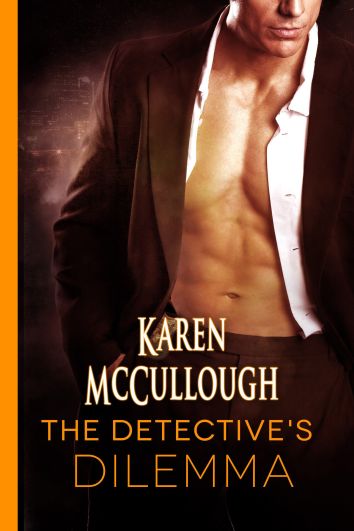 Her fingerprints are on the gun, but Sarah swears she’s innocent.

Although Sarah Anne Martin admits to pulling the trigger, she swears someone forced her to kill her lover. Homicide detective Jay Christianson is skeptical, but enough ambiguous evidence exists to make her story plausible. If he gives her enough freedom, she’ll either incriminate herself or draw out the real killers. But, having been burned before, Jay doesn’t trust his own protective instincts…and his growing attraction to Sarah only complicates matters.

With desire burning between them, their relationship could ultimately be doomed since Sarah will be arrested for murder if Jay can’t find the real killer.

A special wish of hope, strength, and love brings five couples what they treasure most in this heartwarming collection of short stories.

Ruth A. Casie ~ Whispers on the Wind

A newly minted knight plans to secure his place in his adoptive family through marriage. But the fates have other plans for him. Will he be willing to give up the life he’s always wanted to be with the woman he loves?

Former lovers are reunited one winter night on a boardwalk at the Jersey Shore. Will a common cause reignite their passion or extinguish it forever?

When a wish sends a man back in time, can he save the woman he loves, or is he doomed to repeat the mistakes of the past?

Can a midnight kiss on New Year’s Eve lead a US Marine and struggling artist toward more than they’d ever dreamed of for the future?

When a Chicago surgeon is informed her homeless father has been murdered, she’s shocked to discover he won the Medal of Honor years ago in Vietnam. Now the killer has her in his sights, but the detective on the case has no intention of letting anyone hurt her. Ever.

Hired as the town’s school teacher, Maria O’Donnell and her sister Abigail arrive in the Colorado Territory in 1875, only to find the uncle they were to stay with has been murdered.

Rancher Tye Ashmore is content with life until he meets quiet and beautiful Maria. He falls in love at first sight, but her reluctance to jeopardize her teaching position by accepting his marriage proposal only makes him more determined to make her part of his life.

When their lives are threatened by gunshots and a gunnysack of dangerous wildlife, Tye believes he is the target of an unknown enemy. Not until Maria receives written threats urging her to leave does she realize she might be the target instead of the handsome rancher.

With the help of Tye, Abigail, and a wily Indian called Two Bears, Maria works to uncover her uncle’s killer and put aside her fears. But will she discover happiness and true love under Colorado’s starry skies?

Alissia Roswell is far, far from home, and she won’t be going back any time soon. After having been sucked through a wormhole, spat out half-dead in an alternate reality, and revived by Lamians-an ancient, magical people who trigger a profound metamorphosis in Alissia, giving her powers she never thought possible-Alissia becomes the subject of Alrik Durst’s manipulation. Alrik has already usurped power in the city of Pallen, and with Alissia’s arrival, he sees his opportunity to exploit the power of the Lamians to his bidding as well, driving the land ever closer to civil war. Held prisoner in the luxurious confines of the Eldership castle in Pallen, Alissia is forced to feign memory loss to protect herself and her friends while fending off the romantic overtures of Ian Durst-Alrik’s all-too-charming son. Will the loves of her life, Grady Bolair and Luke Harrison, be able to help her escape? When she finally chooses between the two-Grady, the statesman, or Luke, the assassin-will it rip her alliances to shreds, casting uncertainty on her future?

Join Alissia as she learns to reign in her fiery personality, tries to accept her past, and struggles with the one thing that scares her most: vulnerability. Unexpected Entrapment: Alissia Roswell: Book Two will whisk you away to a world of mystical, menacing creatures and fantastic environs, where secrets abound and nothing is quite as it appears. 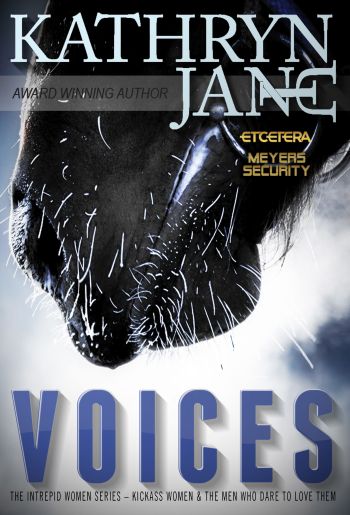 She’s desperate to stop a killer….

Rachel Meyers has been on the run long enough—hiding from more than just death. But now the murders happening around her are forcing her to take a stand and the only person she can trust to help is the man she ran away from. Her husband.

He’s desperate to have his wife back….

Quinn Meyers has spent two years searching for Rachel. Now she’s back, scared and asking for help. But Quinn wants answers. Helping her is a given, he won’t say no, but he also won’t let her go again. Not without a fight.

Quinn’s body still aches for Rachel, even though he’s guarded his heart since the day she left. Her continued secrecy is tearing apart any hope of saving their marriage. But more than love is at stake if Quinn and Rachel can’t find the killer.

† Special Note: Some covers might suggest more heat than the actual content of that book. Please take note of the heat level rate on those.