Category Archives: Heroes We Are Thankful For

Today is dedicated to a special man. He’s the father of our three beautiful daughters, and half of what makes us proud grandparents to five beautiful little girls. We’ve been together for thirty-two years and celebrated a lot of holidays, birthdays and anniversaries. I wouldn’t change of him, or our life together. He’s my biggest hero, a man who can do or make anything. He’s my inspiration, totally encouraging in my early writing, he pushed me to submit to publishers and threw a party when I got my first contract. He is my real life romance hero.

Here’s to my life mate, soul mate and love of my life!

To my wonderful, handsome husband I wish you a happy, happy birthday! I love you, Mitchell. 😀 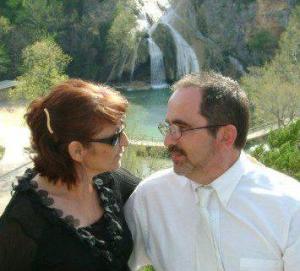 Posted in family, HEA in real life vs fiction, Heroes We Are Thankful For, inspirations, Life As We Know It

Finally! I can see! ~ Calisa Rhose

A lot of you know how long I’ve been waiting, working and waiting, for my second book to publish. Some of you probably know of the tedium I went through with Perfect Dr. Viv before Piper Denna and Lyrical Press, Inc. contracted it this past May, and the new title change. Many of you even know I’ve been biting my nails waiting through round after round of edits for a cover reveal.

Well, I won’t make you wait any longer. Please help me celebrate the awesome job artist Valerie Tibbs did for me.

I present the cover for– 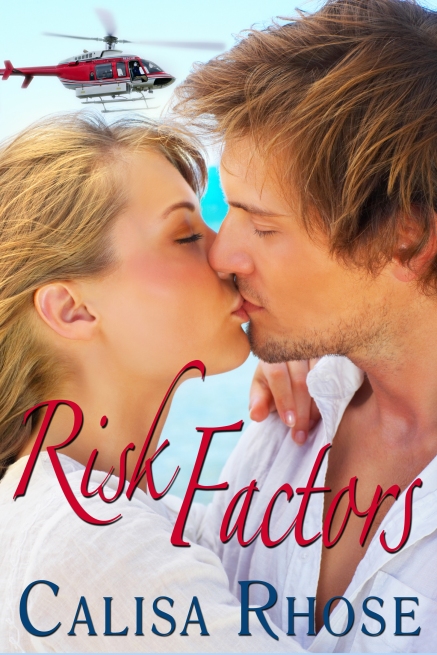 BLURB- Veterinarian Vivian Dane has purchased her uncle’s practice in the tiny town of Wales,

Missouri, where most residents still doubt her ability to treat their pets. But Viv is used to being

considered less-worthy than her predecessors. After all, her parents are world-renowned wildlife

vets, and most everyone is unimpressed she’s chosen to not follow directly in their footsteps.

because he has a daughter…who he believes no woman is good enough for.

Being a perfect dad is EMT paramedic Connor’s life focus. He can’t seem to stay away

from sexy Doctor Viv, but attraction is as far as he’ll ever let it go. His mother abandoned him,

leaving him to be raised in the foster system, and then his wife abandoned both him and their

daughter. He absolutely will not risk bringing another woman into his little girl’s life and having

her feel the hurt of being left…again.

Forfeiting is easier than attempting and failing. So why does Viv feel compelled to prove

she’s a sure bet for Connor and his daughter? Can Connor trust Viv–and himself–enough to play

I really would love to know what you think so comment away. Share your thoughts- honesty welcome.

Posted in Heroes We Are Thankful For, Lyrical Press Inc, my writing, Pen of the Dreamer, progress, Promotion, Publishers

I wish a very 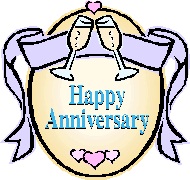 After twenty-nine wedded, though not always blissful, years- I love you more and more each day.

You are my rock.

Thank you for three beautiful daughters who have blessed us with five lovely miniatures of themselves.

I wouldn’t trade a one for anything in the world because each is a part of you and me–proof of a long lasting and beautiful love.

with all my heart, Mitchell! Here’s to another 29 years!

Posted in family, HEA in real life vs fiction, Heroes We Are Thankful For, inspirations, Life As We Know It, Uncategorized

I received an invitation to a fun contest and part of the entering process is to post the badge for the blog’s Birthday Party. I’m also posting because I enjoy these and can’t keep it to myself. 😆 So join in and have fun!

Posted in Blogs, Contests, Heroes We Are Thankful For, Uncategorized

I made it back for a second consecutive week so if you didn’t join Six Sentence Sunday or visit my post last week- maybe you should. That way you’ll at least know what’s going on with my Six this week when I’m sharing some more from my fireman wip.

So without further ado, here’s the setup and this week’s six from Hearts Afire.

Haley is still in the cabinet shop after last weeks’ post and has gotten to the reason for her visit only to have Sean knock the wind from her…hornet’s wings… When she realizes her pre-teen daughter has been lying to her about hanging out at the wood shop with a stranger. Not only that, but Sean finds out the child has been lying to him, too. In this clip you see how they discovered the deceit.

Ah hell. Sean dragged a hand down his tired face before he met the angry gray eyes of the mother hornet. He let a curse slip. “You didn’t write any note, did you?”

Have a great day and don’t forget to check out some of the other posts all listed on the SSS website.

Posted in Heroes We Are Thankful For, inspirations, Six Sentence Sunday, Welcome

>My Heroes Have Always Been COWBOYS

Hearing the approaching vehicle, Garrett turned, gray eyes squinting against the glare of early morning sunlight reflecting off the windshield. A smile curved  full lips that had, moments earlier, pressed tight in concentration of chores. He started for the driver’s side of the car, his footsteps gaining speed the closer he got. Before he reached the door it swung open, and she lept out. His heart stalled with his breath.

Sara. His reason for living was home. Never mind that she’d only been gone two hours, time stood still whenever she was away. It picked up where it had left off the instant she returned.
Little did he suspect  that Sara carried him with her at all times.
The blue t-shirt hugged rippling pecs, arms taut and straining, as Garrett hefted another bale of hay. His butt tensed provocatively inside the softly aged material that fit like a second skin. He bucked hay with seemingly effortless ease onto the growing stack. When he removed the black cowboy hat to swipe sweat from his forehead, his brown hair ruffled in the light breeze, before he replaced the hat. Worn boots protected his feet as he swaggered with sure steps across the dusty, graveled yard to hoist another bale.
Sara was never without Garrett. He’d been permanently embedded into her mental retinas from the first moment she’d laid eyes on him. His mouth, the feel of his body, forever inlaid into hers from the first kiss. He was her man…her cowboy.


Chapter By Chapter Romantics proudly presents our first cumulative blogfest, and in the spirit of Thanksgiving we are blogging about: HEROES We’re Thankful For.  We invite you to read a blog and then ‘hop’ on over to the next, and the next, until you’ve read about the hunky, sexy heroes we are thankful for!

Being a born and raised country girl-
I’m thankful for those HEROES in cowboy boots.
Growing up I lived for those wild nights at rodeos. The men, animals, thrills…did I mention those drop-dead sexy cowboys?

Love ’em. Those tall, silent and strong types who wear hats, boots, and ride horses. Is it any wonder? Can’t you just close your eyes and see Garrett (aside from the visual I’ve provided)? Don’t you crave a devotion and love like his for Sara?
For me, there’s nothing more sexy than a man in tight jeans and a shirt that makes me jealous of the way it’s allowed to cover and hug that masculine body. The way a cowboy hat sits regally atop his head as if daring me to remove it.
One of my favorite movie scenes is from the movie, Smokey and the Bandit. Burt Reynolds had just rescued Sally Fields from a disastrous wedding and she changed from her billowy white dress into jeans and shirt in the back seat of his black Trans Am.
She’s sitting beside him as they fly down the back country road when she turns to him and asks, “Do you always wear that hat?” “Always.” “You never take it off?” He gazes at her with a cocky grin…
“Lady, I only take this hat off for one thing.” It’s then she reaches over and takes his hat off—and then they abandon the road for a dense copse of trees. 😀
Okay, that may not be verbatim, and Burt Reynolds is no cowboy, but he’s as sexy as all get out in that scene!
Cowboys, to me, represent what a real man is all about. A hero who protects women, cherishes babies, and doesn’t falter in his own deep rooted beliefs. He’s also always sexy as hell! And he always, always gets the girl. But more than that- he knows how to admit when he’s wrong. He takes responsibility for his own actions, and often those of the ones around him.

I believe this is why I’m drawn to writing about those men. Because of what they stand for. The honor and deep sense of believability, respect. And — because they drive me crazy!
Any man can wear jeans, snazzy bling-bling shirts, a cowboy hat, and drive a fancy truck with a rifle rack in the back window. Doesn’t make him a ‘cowboy’ if he ain’t got a horse or bull trailing behind him, or or under him. My dad always called those guys drugstore cowboys. There’s a movie about these cowboy wanna-bes, Urban Coyboy, with John Travolta and Debra Winger. Great movie. One of my favorites. The characters rode electronic bulls in a bar. Wore fancy clothes and shiny boots, and had never been on a live bull, much less sat a horse. Drugstore cowboys.
It’s those men in dust covered boots, who ride like the devil’s after them, and know how to treat a lady that gets my blood pumping! Those, whose idea of bling is the glare of sun hitting their spur rowels. My kinda guy.


What about you? What’s your hero like?  Is he a cowboy? Come on and dish.
Comment and follow my blog –since you’re already here and you know you’re dying to return- Then take a peek at these heroes from my gals of CBC.
Melinda Pierce
Christine Bell
Ella Dane
Donna Shields
LC Chase
Kristina Knight
Allyson Carter

Don’t forget to leave a comment and follow each of them –same reasons above apply. This is a subliminal message- letting us know who your favorite heroes are!

Posted in Heroes We Are Thankful For