!!UnCover Mondays on The Ranch!!

Welcome one and all! Enjoy more awesome cover art by the incredible authors, publishers and artists who made them possible for you to gaze upon each month.

It would be great if you leave a comment letting everyone know what you think about them and maybe even check out a few author links to meet those behind the books. Or just say hi. Don’t forget to tell your friends to stop by so they can appreciate some greatness, or get in on the fun, too!

). Enjoy this months’ covers to ogle and explore. If there is one provided, you can follow the artist links by clicking on the name, if there’s an artist link provided, to learn more about the amazing creators of these beautiful covers.

All roads lead to Rome when Ashley Solomons embarks on fulfilling her dream to become a world-class dancer. But there’s one person who stands in her way. “It`s a no from me,” Antonio Machiavelli. When Antonio’s auditions for a lead principal end in wintry Cape Town, the last thing he expects is to have more than a knee-jerk reaction to an audition. Ashley not only verbally challenges him, but also translates her fire and cheekiness into an edge of your seat performance. Can Antonio keep his distance from Ashley? Can Ashley focus on fulfilling her dream of becoming a lead principal? Or will love have its way? 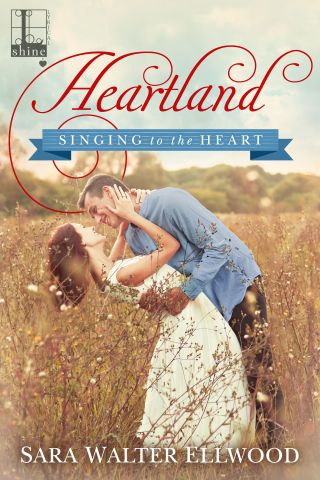 Title: Heartland, Singing to the Heart # 3

Sex, drugs, and country music. That was the lifestyle for Emily Kendall, a Texas girl who hit it big on the country music charts—until she found herself pregnant and battling addiction. Now out of rehab and seeking a new life for herself and her unborn child, Emily returns to her hometown of McAllister. The last thing she’s looking for is trouble, no matter how good it looks in uniform…

A widower, single father, and former Army Ranger struggling with PTSD, Sheriff EJ Cowley has his own demons to battle while keeping folks safe. The last thing he needs is a troubled celebrity speeding through town in her bright red Maserati. But when someone from Emily’s past threatens her safety and the peace of McAllister, EJ has no choice but to protect her. And soon both will learn there’s more to the other than meets the eye. And that wounded hearts can love again… 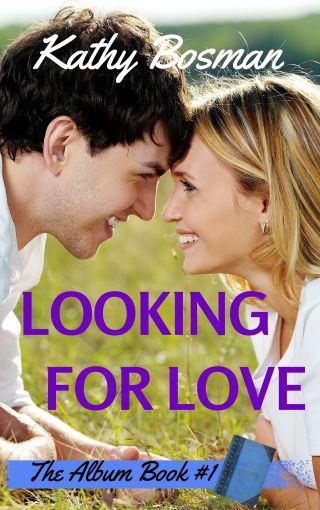 When Ella Haviland inherits a magic antique photo album that reveals the future of potential couples, she starts a part-time matchmaking business with the help of her three best friends. It’s always been her dream to help people find love. But finding true love herself isn’t in her plans — even when her best guy friend Ross confesses he’s fallen for her. Friendship and love equals recipe for disaster in her mind.

Ross Mitchell is devastated that Ella doesn’t want more from their relationship. He withdraws … but maybe he should play along when Ella tries to matchmake him with a friend, just to make her jealous. He will do anything to make her notice him.

Through a series of adventures and happenings, Ella discovers that maybe The Album brings more than love and magic into the lives of the people it touches; it sprinkles its magic on hers. But can she find true love herself, or is there too much holding her back? 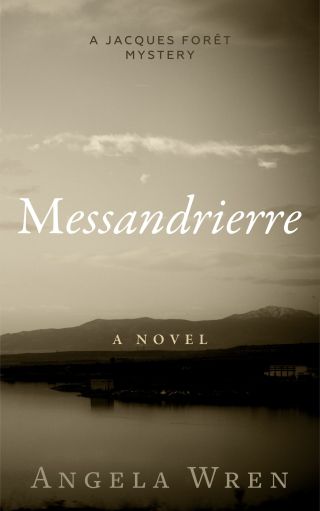 Sacrificing his job in investigation following an incident in Paris, Jacques Forêt has only a matter of weeks to solve a series of mysterious disappearances as a Gendarme in the rural French village of Messandrierre.

But, as the number of missing persons rises, his difficult and hectoring boss puts obstacles in his way. Steely and determined, Jacques won’t give up and, when a new Investigating Magistrate is appointed, he becomes the go-to local policeman for all the work on the case.

Will he find the perpetrators before his lover, Beth, becomes a victim? 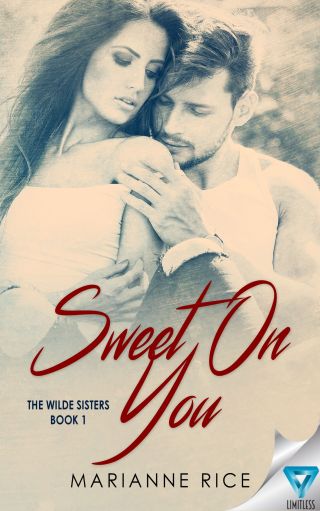 Title: Sweet on You,

After gaining social media exposure of his culinary art, Trent’s cake design goes viral. Soon he’s contacted by the Cooking Network to host a new show in California. It’s the opportunity of a lifetime for the owner of a modest shop in Portland, Maine, and the financial freedom the network offers could be the answer to all of his monetary problems.

Rayne wishes for a future full of romance and the pitter-patter of little feet. She wants it all, including a white picket fence and a dog named Spot—which is exactly why she refuses to sleep with Trent, the sexy man who attends her Zumba classes. After a series of dead-end relationships, this time she really is in love. Trent is special, and the fear of letting him slip through her fingers keeps her advances at bay.

Life is waiting—all it takes is a leap of faith…

As their friendship grows and skeletons creep out of their closets, their relationship is put to the test. Stakes get higher, and the spark between them burns hotter than ever before.

Can they handle the heat when life-changing secrets are exposed, or will the fear of being burned send them on two different paths? 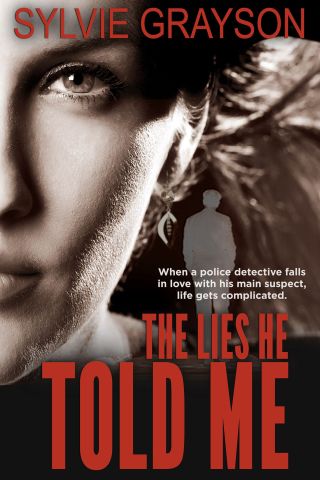 Title: The Lies He Told Me

When Chloe Bowman woke to find her husband gone, never did she imagine it would take so long to find him, or that in the midst of the search she’d discover she didn’t really know this man at all. She soon realizes she has been left alone with her young son and a time bomb on her hands. Then the earthquake throws everything into question. Lurking in the shadows is the mysterious Rainman who travels under an unknown name.

Police Detective Ross Cullen was already investigating Chloe’s husband when he disappeared. Although he’s powerfully drawn to Chloe, Ross also knows that when one member of a family disappears, the first place to look for the suspect is among those closest to him. No one was closer than Chloe.

But the deeper Ross digs the less he knows, and the more he’s attracted to the young wife as she struggles to put her life back together. Can Ross break through the Rainman’s disguises to solve the case so he can be with Chloe? 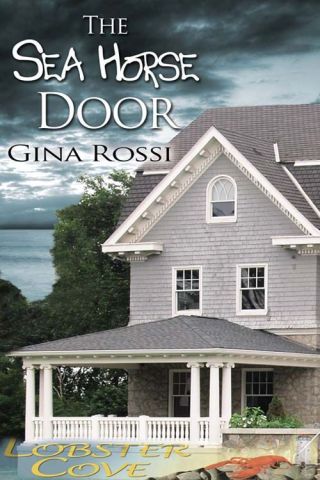 Although Lara Fairmont directs passion and focus into her London business, it goes bust with spectacular finality. Despondent, almost bankrupt, she nabs an astonishingly well-paid job as a carer for an elderly grande dame of Lobster Cove. What could be easier? Almost anything, for a start. A heady mix of misunderstanding, folklore, suspicion, and the hand of fate unbalances Lara from the moment she steps into Lucas Dalton’s desolate mansion on the shore. How many unanswered questions can there be? For a start, is her boss, Lucas – deep-sea diver, oil-rig maintenance man, and closet architect – unhinged? Is he way out of control, or merely lost in a dark place? Where’s his wife? Why so little light, and so much shade? Bewitched, Lara falls in love with the beauty of Maine, and the inexplicably irresistible Lucas. But, is he the devoted son, widower, and father he claims to be, or someone entirely different? 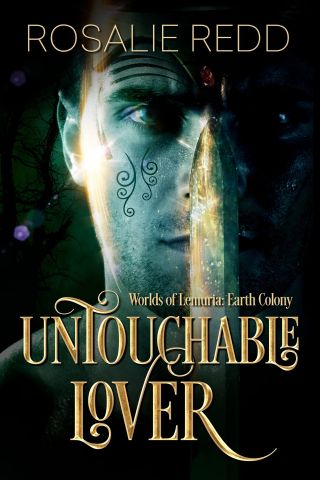 Across the globe, shape-shifting Lemurian warriors battle against a deadly enemy in the dark of night. The prize—Earth’s most precious resource—water, and the fate of humankind. To unite the soldiers, Lemurian gods send the diverse species to the underground Keep to join forces with their brethren and contend against their adversary.

While searching for his missing healer, King Noeh didn’t expect to find an unusual, green-eyed female chained to the wall in an abandoned asylum deep in the woods, evidence of her torment in the branding iron at her feet. Captivated, he rescues the petite female and brings her to his underground home. Despite the requirement to select a queen of his species by the next new moon or lose his crown, a forbidden attraction blooms.

Haunted by the memory of her dead mate and child, Melissa can’t escape her past or her future. On the run from her controlling master, she didn’t intend to get captured by the enemy, or be rescued by a brooding, handsome king. When she succumbs to her need for a male’s blood and drinks from the honorable king, she can’t ignore the compelling desire he ignites in her soul.

I want to thank all the authors who submit their covers

To see YOUR cover here visit my