Welcome one and all! Enjoy more awesome cover art by the incredible authors, publishers and artists who made them possible for you to gaze upon each month.

It would be great if you leave a comment letting everyone know what you think about them and maybe even check out a few author links to meet those behind the books. Or just say hi. Don’t forget to tell your friends to stop by so they can appreciate some greatness, or get in on the fun, too!

). Enjoy this months’ covers to ogle and explore. If there is one provided, you can follow the artist links by clicking on the name, if there’s an artist link provided, to learn more about the amazing creators of these beautiful covers.

A deeply emotional love story from the author of By My Side.

Luke is the man with the money, the fast car and the hot woman. There’s no way he would even think about getting serious, but a face he can’t remember soon threatens his calm.

Rebecca isn’t interested in a relationship, and definitely not with him. How could she, after all he put her through? She’s spent the last 4 years hiding away from society, a one woman crusade for children’s road safety. Who would have thought one fateful day, it might almost be her … again.

Not if she can help it. 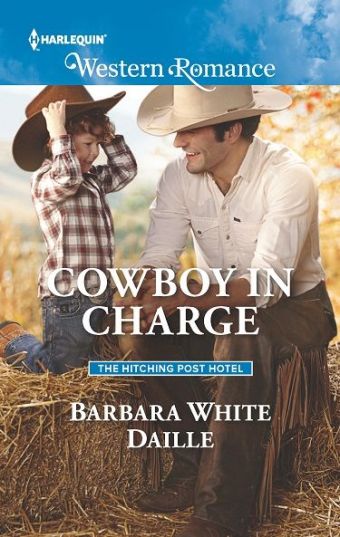 Single mom Layne Slater thought she’d seen the last of Jason McAndry when he chose the rodeo over her and their unborn son. Now Jason’s back in Cowboy Creek and just as handsome as ever. But Layne can’t give in to those feelings again. She has to protect her children…and her heart.

Jason wants to try to make up for the pain he caused when he left. The least he can do is help Layne while he’s home. Before long, Jason realizes he’s finally ready to be the husband, father and man his family deserves. But can Jason prove to Layne that this time, their love is forever? 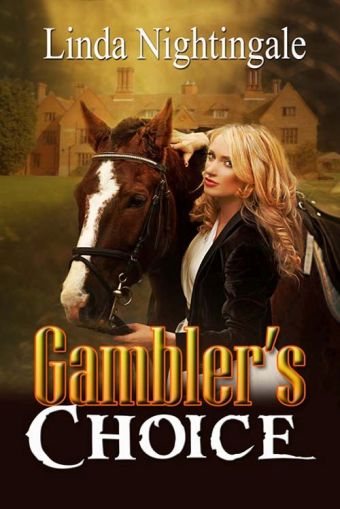 Becca McQuaid came to England to find the perfect horse but instead met a darkly mysterious challenge in Austen Heath, Baron of Hampton. She’s determined to buy Austen’s stallion Gambler’s Choice. He’s determined not to sell, but the rivals are thrown together by an accident that leaves Austen with a broken leg and the threat he’ll never ride again.

Austen Heath has the title, heritage and manor house…but not the fortune. Becca is wealthy. Her charms are irresistible, but he believes she’s shopping for a Ladyship to go with her money. He has another reason to hold the sexy blonde at arms’ length—the unexplained disappearance of an old friend everyone thinks was his lover. When her body is discovered on his property, he becomes a suspect in her murder.

When park ranger Cheyenne Rafferty’s truck is destroyed by an earthquake, she doesn’t think her day can get any worse. Until she runs afoul of a demon from the ancient past – and the compelling warrior who followed it forward in time.

Hero Marek awakens 2000 years in the future, to a world all but incomprehensible. Sent to teach modern warriors to combat the Reynak, he now finds the demon the only thing familiar. His people and their epic struggle have been lost to the passage of time. The only one willing to help him is a daughter of the earth, a beautiful shifter woman with the heart of a wolf. 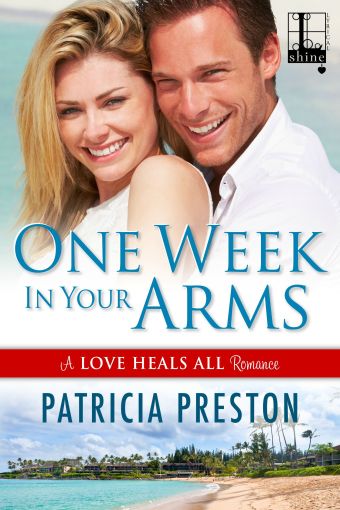 Title: One Week in Your Arms,

It started with a fling…

Six years ago, Dr. Marla Grant gave into temptation with a gorgeous man. Now a single mom to a little girl, Marla finds herself in a dilemma when the funding for her community clinic is threatened by none other than the powerful man of her long-ago fling and unsuspecting father of her child…
Carson Blackwell has never forgotten bright, beautiful Marla. When he discovers that she works at the clinic his grandmother’s foundation sponsors, it’s the perfect opportunity to end to his ongoing infatuation and use his leverage to cement a new business deal. He needs a fake girlfriend for one week in Hawaii, and Marla is just the woman for the job.  It’s a win-win situation until Marla and Carson realize the attraction between them isn’t feigned. Only the secrets they’re keeping stand in the way of a future together and a love that could last a lifetime.

Andrea Kingston is surprised by the cool reception she receives when she arrives with her team of troubleshooters to work on Feverill-West’s computer problems. It’s not the first time she’s dealt with people aggravated by programming flaws and hardware malfunctions. Nor is she any stranger to corporate politics and bickering. But normally people are happy to see her since she promises to fix their technical issues. The level of hostility she encounters this time is new, as is the serious nature of the incidents plaguing  Feverill-West’s data processing system.

With the reluctant help of Feverill-West’s attractive Operations Manager, David Purcell, Andi tackles the problems, only to discover that at least some of them are deliberate sabotage. The closer she gets to the source of the attacks, the more personal and vicious they become.

When someone knocks her out to prevent her learning anything more, Andi realizes that more than just her professional reputation is on the line. She’ll have to risk her life to solve the crimes being perpetrated against the company. 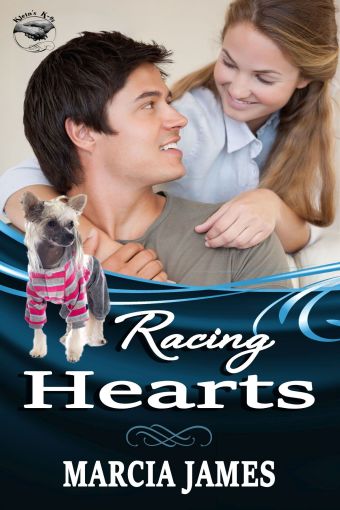 Stock car legend, Tom “Torque” Tyler, faces a bleak future following an off-track car wreck. Thanks to a traumatic head injury, he’s developed epileptic seizures and may never drive again. To avoid tabloid reporters and well-meaning friends, Tom holes up in a cottage surrounded by high walls. Now he just needs to figure out the rest of his life.

Service dog trainer and old friend, Meg Klein, shows up on Tom’s doorstep with a seizure response dog. Bob, a tiny but talented canine, makes it almost impossible for Tom to maintain his black mood. And Meg is determined to drag her high-school crush out of his self-imposed solitude. But will the paparazzi ruin her best-laid plans?

I want to thank all the authors who submit their covers

To see YOUR cover here visit my