UnCover Mondays on The Ranch!!! Enjoy this weeks’covers to ogle and explore. I’ve added two more for a total of EIGHT  TEN each month instead of the six Istarted out doing. You can follow the author links by clicking each book cover to learn more about them and see what other books they have to offer. If you click the cover it will take you to the cover artists’ pages. I think they deserve fair mention since they helped create the book! Be sure to return on alternate Mondays for some amazing banners and video trailers by authors!

Finn Brennan was used to his brother playing practical jokes, but this time he’d gone too far–sending him a woman as a ranch hand, and not just a woman, but a Marine. When Lt. Camilla Walker’s CO asks her to help out at his family’s dude ranch until he returns from deployment, she never expected to be thrust into a mistaken engagement to his sexy, cowboy twin–a former Navy SEAL who hates the Corps. The Corps took Finn’s father, his girlfriend and threatened his naval career. He’s worked hard for another shot at getting back to active duty and won’t let his brother’s prank interfere. The last thing he needs is the temptation of a headstrong, unyielding, hot Marine getting in the way. 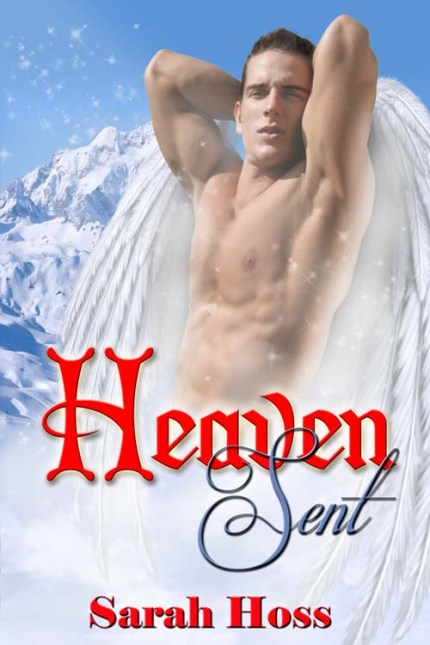 When forgiveness heals the soul, love heals the heart.

Flight nurse Tenlee Hawkins is used to making quick decisions, but one decision she made the Christmas day her mother died haunts her. Wrestling with the past, she spirals into depression—until the day she finds a man unconscious in her woods and saves his life. When Sam awakens in the hospital with a concussion and no memory, Tenlee rescues him again. She takes him into her home and her life. But as Sam recovers and remembers who he is, he’s torn. A guardian angel isn’t supposed to fall in love. As the promise of true love grows, Tenlee realizes that Sam has helped her much more than she ever helped him. But Sam is filled with guilt knowing he must soon leave. Will it take a Christmas miracle to find the life with Tenlee he’s always wanted?

Title: Going After the Heart

Lizzy Bergstrum thought she finally reached a point in her life when she could honestly say she had it all.  A thriving writing career.  A wonderful daughter.  And a marriage to the love of her life.  But looks can apparently be deceiving because her husband just walked out on her and their eight year old daughter hates her. Gavin Bergstrum can’t handle the direction his life has taken.  Not only did he get laid off from his job, but his wife seems to barely remember he exists.  Convinced he’s tried his best to change things, he begins to wrestle with the possibility of divorce.  But he can’t think straight in the same house as Lizzy.  Hating to leave his daughter, but needing time to think and come to terms with what he feels he needs to do, Gavin decides to return to his small home town in Oregon and stay at his family ranch with his father and brothers. In shock, Lizzy gives Gavin his space.  But as time passes and he doesn’t say a word about their marriage, Lizzy decides it’s past time she takes matters into her own hands.  Without a word, she follows Gavin to Oregon. Now facing a daughter who blames her for everything, an irritated husband, and a small town that feeds on the drama, Lizzy finds herself trying to figure out how to convince Gavin to give her another chance, teach her daughter it takes two to make a successful marriage, and overcome her own insecurities – all without compromising who she is.

Rachel Porter, a romance writer, has told her three sons tales of finding their true love since they were just boys.  She believes there is just one match for every person.  Now as men, they have yet to discover their soul mates.  That is, until they come home… Ryan Porter, Rachel’s oldest son, needs a change from his busy city lifestyle.  After five years of living in New York and establishing his own real estate firm, something is still missing.  When a family tragedy brings Ryan back to his family’s rural home, he meets Tyra.  She just might be the catalyst for the change he needs, redirecting the course of his life; but first he has to accept his relationship with his parents and embrace Tyra’s secrets.

When revenge leads Cade Morgan to hold up a stagecoach and kidnap his childhood friend, Isabella Morrow, he discovers his feelings for her are stronger than ever. He suspects Bella feels the same way, so why is she intent on marrying another man? And  what kind of future can he offer her now that he’s wanted by the law?

Uncovering secrets and exposing truth are all in a day’s work for private investigator Sterling Aegar. But when her latest case threatens to reveal her own buried feelings for an old love, Sterling runs for cover. A body in the bathtub and pleas from a jilted wife to find her wayward husband mean a welcome break from the usual humdrum cases Sterling and her sister, Lacey, are called to investigate. But when Sterling’s old flame, Detective Ben Kirby, walks into the murder scene, she feels her world spin out of control. Danger from thugs and murderers poses no greater threat than the peril she’d suffer if she lets daredevil Ben get too close. Seeing Sterling for the first time in two years is for Ben like drinking in a healing tonic. He could never forget the way it felt to run his hands over her delicious curves or the way she touched his soul. She remains the one person who can make the emptiness in his gut go away. Finding the murderer is his job, but protecting Sterling from seriously dangerous people is his mission. As the case unfolds, Sterling and Ben not only solve the murder and locate the missing husband, they confront secrets that set them each free from a painful past.

After Ardin Wesley’s cousin Suziette is murdered, her widower, Brett, asks Ardin to help him adopt Suziette’s little girl, whom he’s grown to love. Trouble is, no one knows the identity of the child’s natural father. Ardin decides she wants to adopt Leonie, and take her to home to Manhattan.<.p> Although she is drawn to Brett, an abusive husband turned Ardin against love and marriage. Brett feels betrayed when he learns of her plans to adopt the child. When someone sets fire to Ardin’s aunt’s house, she barely escapes with her life. Despite their differences, Brett offers her shelter and together they work to create a secure home for the bereft little girl and to discover the identity of her father before someone else dies to protect his terrible secret.

When Lady Alexandra Calthorpe returns to the Loveland, Colorado, ranch owned by her father, the Duke, she has little idea of how the experience will alter her future. Headstrong and willful, Alex tries to overcome a disastrous marriage in England and be free of the strictures of Victorian society –and become independent of men. That is, until Jesse Makepeace saunters back into her life… Hot-tempered and hot-blooded cowpuncher Jesse Makepeace can’t seem to accept that the child he once knew is now the ravishing yet determined woman before him. Fighting rustlers proves a whole lot easier than fighting Alex when he’s got to keep more than his temper under control. Arguments abound as Alex pursues her career as an artist and Jesse faces the prejudice of the English social order. The question is, will Loveland live up to its name?

The simmering rebellion in the American colonies is the backdrop for this smoldering romance thwarted by a dying father’s wish and opposing loyalties.  When Jonathon Brentwood, captain of the Destiny and committed patriot, becomes the guardian of Emily Wentworth, a young English woman, each expects to meet someone very different. Emily is not the child of her father’s stories, nor is Jonathon feeble and old as she had imagined. Instantly attracted, both try to honor George Wentworth’s dying wish and maintain the relationship he envisioned.  As passion overcomes them, their pasts and the future of a young country stand in the way of their destiny.

After a bitter divorce from her snobby, unfaithful husband leaves her with the dog and only enough possessions to fit in her Chevy Vega, Valerie Roark retreats to the dark water and pine woods of her Central Florida childhood. In spite of her overprotective and loving family’s well-meaning efforts to draw her out, Valerie only wants to hide away and lick her wounds in private. She’s discovered a benefit to living a hermit’s life: no one can stomp on your heart. She didn’t expect to become friends with her new next door neighbor. Daniel Hollingsworth is kind, handsome and British, the embodiment of Valerie’s weakness. But Daniel is nursing his own wounds–the death of his wife–and plans to move back to England soon. Neither is looking for a relationship, but when a surprise from Valerie’s past plays a visit, both realize that a good friend is what they really need, and friendship can transform into something more…

Posted in Book Covers, inspirations, Pen of the Dreamer, Promotion

I found some great banners from some awesome romance writers to share with you today! Which one is your favorite? CAN you pick just one? I can’t.