UnCover Mondays on The Ranch!!! This feature is only to highlight authors–not to sell books (though if you see one you want to buy I’m sure the authors won’t mind  ). Enjoy this weeks’ covers to ogle and explore. If there is one provided, you can follow the artist links by clicking each book cover that has an artist linked to learn more about the amazing creators of these beautiful covers. I think they deserve fair mention since they helped create the book! As always, click the author website links to find out more about them.

Lynn parked her truck in front of the adobe school building, took a deep breath, and let her body adjust to the stillness. It was an odd sensation after jostling over miles of rutted roads in her attempt to find this place. She stared at the doorway for a moment, mustering the nerve to go inside. Since, she’d come this far, She might as well get out of the truck and find out how far over her head she had gotten herself in this time. 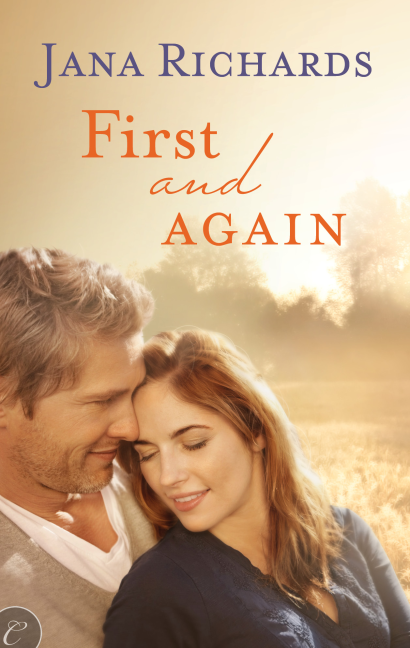 Bridget Grant is back in Paradise. Paradise, North Dakota, that is.

She’s swallowed her pride and moved back to her hometown with her daughter after her divorce and the loss of her catering company. Now she’s trying to navigate the strained relationships she’d left behind – including her first love, Jack Davison.

Jack never forgot Bridget, or the day she left town – and him. When Bridget caters a lunch at Jack’s tourist ranch, old flames reignite. They have more in common than ever – Jack’s also a single parent. Though they both try to keep things casual, Bridget, Jack and their girls are starting to look a lot like a family.

But Bridget’s only planning to stay in Paradise until she’s saved enough to relaunch her business. Jack’s invested too much in his ranch to leave. And with their daughters involved both have a lot more at stake than heartbreak. How can they risk falling in love?

Actions have consequences as Space Fleet Captain Marcus Viator and NASA reject Scott Cherella discover when they switched places. Does the reserved Marcus have what it takes to imitate his smart-aleck twin? Despite help from his love, Veronese, Scott’s already been outed by two of Marcus’ best friends.

When rebels steal the ship with part of the crew aboard, Scott has to rescue them and retrieve the Freedom. The stakes increase when he discovers the rebels are heading for Earth. They know he’s a fraud and they want Marcus. The safety of the Alliance of Planets depends on Scott and his allies.

Switched Resolution, which wraps up the Switched series, takes the reader from Earth—where Marcus adjusts to a pregnant Jessie—to the starship Freedom commandeered by rebels, to the chase ship with Scott and Veronese aboard.

A tender romance for seniors.

A widow falls in love with a divorcee…the man who runs the local gardening club.  In each chapter, there is authentic advice for the gardener – what to do in your garden throughout all the seasons.  Love does not run smoothly because of the emotional baggage they still have from the past, and their children’s opposition to the idea, particularly of their mother’s re-marriage.  It is a novella that will give our older readers the hope that there is still the possibility of love in their lives, with no need for loneliness in their golden years.

Liz McCran and Donnie Barnes travel to Cairo, Egypt, in search of Addie and Gary Wright, who were asked to deliver a mysterious envelope. Within days of their arrival, the couple has vanished. When Liz locates the Wright’s contact, Mr. Moustafa, she receives the first of several riddles.

Rayhan Shenouda, an Egyptian working at the American Embassy, agrees to help but his desire is to win Liz’s heart. Following his traditional customs, and much to her surprise, he proposes within days of their meeting.

Will the Wrights be found? Can Rayhan and Liz’s love withstand an inevitable collision of cultures and customs? Or will it all end at the hands of a nomad insurgent named Ahmad?

Title: Even Villains go to the Movies

When your mother is America’s Superhero Sweetheart and your daddy’s the Number One Super Villain, you grow up feeling a little conflicted.

Angela Smith has superpowers—nothing that will ever make her comic-book famous—but her ability to psychically sense and manipulate the emotions of people around her has drawn unwanted government attention. Forced to choose between her quiet life as a teacher under constant surveillance or the life of a rogue, she chooses the latter. She plans to hide out in sunny Los Angeles where being a blue-eyed blonde won’t make anyone bat a false eyelash.

Silver screen star by day, superhero by night, Arktos is a triple-threat. He can fly, freeze anything, and see glimpses of the future, all of which he needs to keep the city of Los Angeles safe, but which does nothing for his social life. When a frightening vision of an explosion leads him to rescue a damsel in distress, he finds himself trading Shakespearean insults with a rogue.

Angela knows just how dangerous well-intentioned superheroes can be: one tried to kill her family when she was young. Arktos knows he should hand the rogue over to Company justice; it’s not safe for someone like her to be in the middle of a fight.

But they can’t seem to stay apart. And together, they just might be able to melt all the obstacles standing between true love for a hero and a villain. 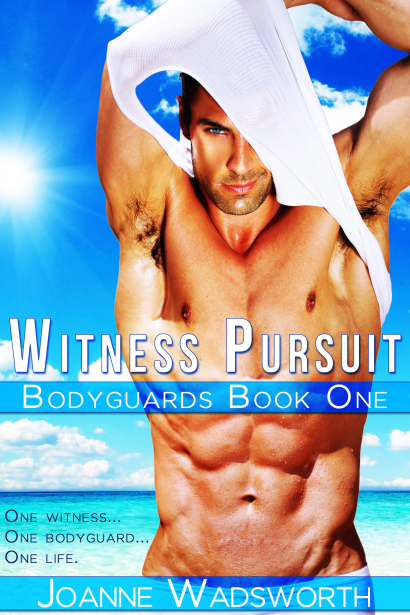 Twenty-one-year-old New Zealander Lydia Sands witnessed the hit-and-run of a powerful man’s son. Her bodyguard is shot when the killer returns to dispose of her and The Program puts her in hiding. A year later, the case remains unsolved and her handler needs to get her further from the killer’s reach. Lydia detests the thought of being close enough to endanger the man who nearly died protecting her, even if it’s aboard a super-yacht traveling the South Pacific.

Tyler Whitehall’s shooting stole weeks from his memory. Physically recovered, he oversees security for Whitehall Shipping. While on a family holiday, Tyler is suspicious of the woman accompanying them without notice or security clearance, as his nephew’s caregiver. Stronger than suspicion is his incomprehensible attraction to her, and his instinct to protect her.

Once sensitive information is leaked, Lydia undergoes re-identification to evade a killer and protect the man who’d die to save her. Her bodyguard has just begun his pursuit, and she may have underestimated his abilities. 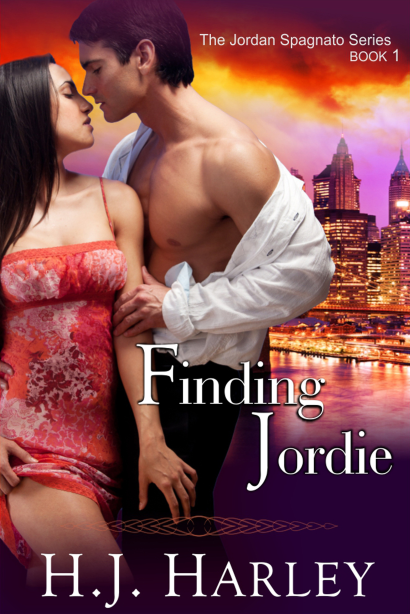 Jordie is a survivor, tough, and independent. She’s had to be, since her husband was killed in Iraq. For the last eight years, raising her daughter and owning a popular New York City bar has kept Jordie plenty busy, leaving her no time for much of anything else. Aside from her sassy and squirrely best friend Rachel, Jordie’s social life is bare bones and her love life nonexistent. Truth be told she wouldn’t change a thing; she’s never been happier.

Then she meets Nathan, and he changes everything with one crooked smile, triggering a chain of life altering events for the two of them, filled with romance, chaos and deadly peril. Neither of them could ever imagine their relationship would resurrect an unknown darkness from Jordie’s past, lurking in the shadows, just waiting for the perfect moment to strike. Jordie has never needed to be stronger for all of them to make it out alive.

To see YOUR cover here visit my UnCover Monday page for detailed instructions:

Due to lack of submissions I no longer promote banners and videos.

Osiyo~ Welcome one and all to Tuesday Round Up! Grab a beverage of choice, something sweet and sinful. No-no, not the men. What’s the matter with you? You know the hands-on rules… The guest gets first pick! 😉 Take a comfy seat for another, or a first, spin in the Round Pen. I’m thrilled to […]

Posted in Blog Tour, Contests, Interview, Pen of the Dreamer, Promotion, Tuesday Round Up.