Osiyo~ It’s that time again, time for gorgeous covers to take the spotlight in the round pen here on the Ranch! Enjoy awesome cover art and the super authors, publishers and artists who made them possible for you to gaze upon this month and each month. It would be great if you leave a comment letting everyone know what you think about them and maybe even check out a few author links to meet those behind the books. Or just say hi. Don’t forget to tell your friends to stop by so they can appreciate some greatness, or get in on the fun, too!

This feature is only to highlight the authors and artists (though if you see one you want to buy I’m sure the authors won’t mind 😆 ). Enjoy this months’ covers to ogle and explore. If there is one provided, you can follow the artist links by clicking on the name, if there’s an artist link provided, to learn more about the amazing creators of these beautiful covers. If I have it, I link the cover to the artist, otherwise, it’s linked to the author. I think they deserve fair mention since they helped create the book!

There’s a heat level rating for covers, one through five scale, for your benefit. You should never see a *5* rating on the Ranch. If there’s anything else you’d like to know about covers being revealed here, please don’t hesitate to let me know. You can leave it either in a comment or by my contact page https://calisarhose.com/say-hey/. 🙂

Title: A Question of Honor

Sydney Castleton has worked hard to put her less than savory past behind her…until her sister asks for her help. Devin Starke has fought too many battles, seen too many deaths, to look forward to a peaceful future…until his best friend and partner asks him to help return the horse his wife, Sidney’s sister, took when she left. Stormhaven, a ranch in northern New Mexico, has become a place for fighting men to readjust to the world, a sort of decompression chamber for those who have seen too much. Devin Starke is such a man. And Sydney isn’t far behind him. When the sparks ignite between them, Devin and Sydney fight the attraction, as neither one is good at relationships. But when Sydney is attacked and fighting for her life, Devin realizes things aren’t quite what they seem. Can these two overcome the issues from their past, or are they doomed to lose any chance for love in the future?

Title: At His Command

she defy her king for love? England 1453: King Henry VI sends Sir Nicholas Gray to protect the recently widowed Lady Amice Winfield from undesirable suitors. Though Nicholas intrigues her, she yearns to run Castle Rising without a man’s control. Nicholas has no interest in marriage, but can’t deny he’s attracted to Amice. He’s surprised to finally find in Castle Rising a place he feels at home. A kiss sparks desire neither can ignore, yet serving opposing factions seeking to govern England threatens to pull them apart.  At court, the king and queen reject Amice’s pleas and choose a new husband for her, a highly-ranked lord who’ll provide connections and coin for the king’s depleted coffers that Nicholas cannot. How can she follow the king’s command when she’s a scribe for his rival? How can she marry another man when she’s falling in love with Nicholas?

Dreading the prospect of losing her position on the Vampire Committee, Victoria is forced to integrate with the mortal population. She hasn’t stepped outside since her husband died over 40 years ago and the thought of being treated like the 17-year-old she resembles frustrates her. But when she discovers that Ben, her hot & sexy driver’s ed teacher, is blind, she gives into temptation and flirts. She never expects to fall in love. Ben knows he shouldn’t get involved with Victoria—she’s his student. But something compels him toward her. She makes him feel young, alive, and more importantly, whole. Victoria would love nothing better than to have Ben as a mate, but fears he wouldn’t want to be blind forever. As she struggles to keep her identity hidden from him, an old acquaintance of Victoria’s turns up and is willing to do anything to win her love, including disposing of her boyfriend. When secrets and broken alliances threaten to torpedo both their futures, how will they learn to trust each other and chart a new course to lasting love?

Sometimes you have to lose one thing to find another. Sienna Diaz is desperate to find her missing Beagle, no matter what it costs. She hires Cruz Santino, the best—and hottest—in the business. He’s an ex-cop, dangerous on many levels, which comes in handy when all evidence indicates her beloved pet was snatched to use in a dogfighting ring. Cruz will do whatever it takes to find Sienna’s lost pet, but he also wants results from the smokin’ hot attraction between them—and he isn’t above breaking his own hands-off-clients rule to get there. However, until he brings her beloved Beagle home safely, he won’t have Sienna’s undivided attention…and affection. Content Warning: Strong language, caliente sex, violence, and a dangerously hot rescue.

Recovering alcoholic and former party animal, Cole Tucker would be an idiot to start something with his newly hired right-hand woman, Samantha Chase. It figures he can’t seem to keep his mitts of the sexy, five-foot-nothing single mom who can toss a sack of shingles over her shoulder and rewire a house better than the crew from Extreme Home Makeover. Her incredible strength and self-confidence draw him in; something Cole has pretended to have for years. All he has to show for himself is his uncanny use of pick-up lines, a hand-me-down farm and some small-town rental properties. When he learns Samantha’s husband and daughter were killed by a drunk driver, the shame of his past experience with a DUI and near-death accident is the last thing he wants to mention to her. Samantha has no problem accepting her new boss, flaws and all. His simple life is charming and exactly what she hoped to find for herself and her son in Newhall, New Hampshire. Cole wins her over by befriending her fatherless son and making her laugh again, something she hasn’t done in four years. When she learns about his shady past with the bottle, her heart tells her to forgive, but the painful memories of her past are too deep to overlook.

Sometimes fanning the flames is better than running…

Smokejumper Dave Knight lives by two simple rules—Play hard, work harder. Heartache taught him love and commitment don’t mix with his high-intensity lifestyle. That hot kiss with the classy Olivia Benedetti-Harper was a mistake, but he walked away in time. Too bad he can’t run from the memories. Then a plane crash shatters his future, forcing him to face the ashes of his past, the woman he can’t forget, and the toughest challenge of his life: Stop running. The right man broke her heart. How could the wrong man heal it? Obedient daughter and dutiful wife, Olivia always followed the rules—only to be abandoned by her unfaithful husband. As she rebuilds her life, bad-boy Dave is a sizzling temptation she can’t afford. However, breaking the rules with the wrong man might be the best mistake this good girl’s ever made for love.

Due to my mistake, here’s a BONUS cover~ 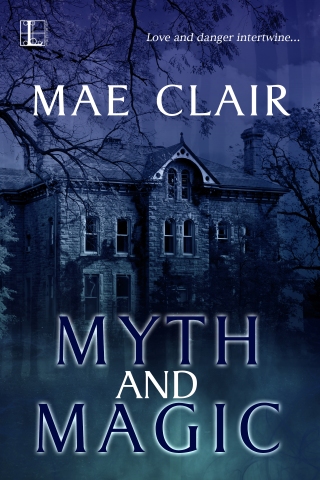 AS CHILDREN THEY PLAYED GAMES OF MYTH AND MAGIC…
Veronica Kent fell in love with Caith Breckwood when they were children. As a teenager, she was certain he was the man she was destined to marry. But a traumatic event from Caith’s past led him to fear a future together. He left Veronica, hoping to save her from a terrible fate. Twelve years later, Caith, now a P.I., is hired to investigate bizarre incidents at the secluded retreat Veronica manages. Returning to his hometown, Caith is forced to face his nightmares—and his feelings for the woman he’s always loved.
THEN ONE DAY THE MONSTERS BECAME REAL.
After the callous way Caith broke her heart, Veronica isn’t thrilled to see him again. But strange occurrences have taken a dangerous toll on business at Stone Willow Lodge. Forced to work together, Veronica discovers it isn’t ghostly apparitions that frighten her, but her passion for a man she has never forgotten. Or forgiven. Can two people with a tarnished past unearth a magical future? 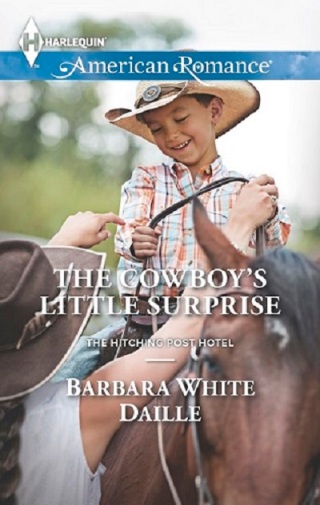 A guy like Cole Slater is hard to forget. Tina Sanchez should know—for years since high school she’s tried to bury the pain of Cole’s cruel betrayal. But it’s impossible to ignore the man she sees reflected in her young son’s eyes now that Cole is back in her life—and about to meet the child he never knew he had. Returning home to New Mexico, Cole is determined to put his playboy reputation to rest. Especially now that he knows there’s a little boy looking up to him. And seeing Tina again reignites all the feelings Cole ran from as a teen. Despite his fear that he can’t be the man Tina deserves, he’s determined to try. For his son’s sake—and his own. 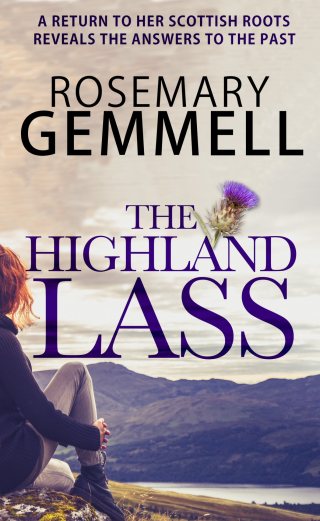 Eilidh Campbell returns to her Scottish roots from America with one main aim: to discover the identity of her real father. But her mother’s past in Inverclyde is a mystery with family secrets, a book of Robert Burns’ poems with a hidden letter and a photograph link to the Holy Loch at Dunoon when the American Navy were in residence. Staying with her childhood friend, Kirsty, while searching for answers, Eilidh begins to fall in love with handsome Scot Lewis Grant, but just how free is he? Together they trace the story of Highland Mary and Robert Burns, with its echoes to her mother’s story. In short alternate chapters, Highland Mary tells her own story from 1785-6. From Dunoon, to Ayrshire and culminating in Greenock, Eilidh finds the past is closer than she realises.

To Love a Spy anthology

In the midst of his war-torn country, love posed the greater danger…  Creating maps for the Union is less than satisfying after a war-ending injury and learning his childhood friend was in love with his wife. But now both are dead and John Williams is left with an angry child no one can control.  A flippant proposal and an attack on her person finds Elizabeth Ruthers married to a mapmaker whose only need of her is taking control of his ungovernable child. Feelings quickly shift into something less platonic, and when the enemy gains vital secrets, her suspicions land her behind bars.

To claim the property he won in a card game, Marcus Revington must marry the heiress of the estate. But Penny Montgomery had no desire to wed anyone, and schemes to convince Marcus she would be an unsuitable wife. Who will win this battle of wits and wills? Or will they both discover the name of the game is love?

† Special Note: Some covers might suggest more heat than the actual content of that book. Please take note of the heat level rating on those.